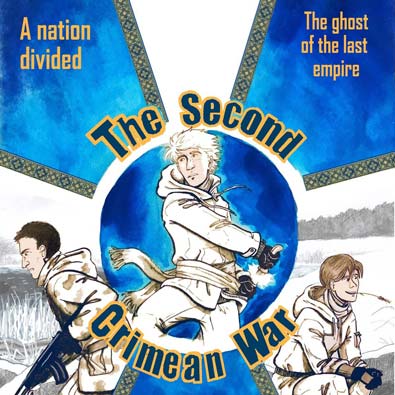 It's 1995, the fall of the Soviet Union has gone hard for its former states, particularly Ukraine, which has partiallly collapsed into anrachy. This is the story of a young person with a shotgun struggling to survive the harsh winter alone in the snow, hiding from fellow humans in the forrest… and maybe, slowly making a friend? This is a realistic story of survival and war, with a nice sprinkling of humour throughout. It's set in an alternate version of the 1990s, because the Ukraine didn't end up like this back then, but coincidentally it's sort of ending up this way now! The art is sketchy line work, but as you can see for the nice cover art this is older work and will improve as the comic goes on. The story is war/action/adventure, the lead character's strugles and observations will keep you complelled and wanting more!

Read The Second Crimean War, by The Doodler, rated T.

Ehehehe, pleasant surprise! Thanks, y'all.

Congrats Doodler! I recognize you from CF👌