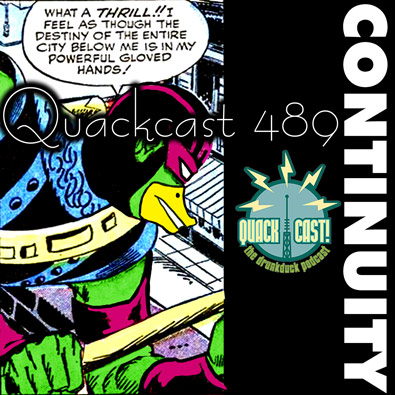 A good example of that is the Discworld novels by Terry Pratchett. If you read those in the series order, say all the Witch books, Wizard books, Guard books etc as concurrent series then the “Discworld” stops making any sense because Pratchett's writing and the character of the world changed radically over the time that he was writing it. The Discworld was a massively different place in his later books from the wild, chaotic, sexy sword and sorcery spoof it started out as… in later novels it becomes a far more serious and ordered, well defined place that's basically a fantasy steampunk version of Dickensian 19th century London, with a taste of Northern England, Greece, Italy and Egypt and other places thrown in for flavour. It covers serious topics in a philosophical and humorous way, a little left wing and a little righteous. In earlier stories the world leans more to spoofs of popular fantasy tropes from Fritz Leiber's famous Fafhrd and Grey Mouser books, Robert E Howard's Conan, Anne McCaffery's Pern, JRR Tolkien's Lord of the Rings and so on.
So that if you read them in any order than which they were published the continuity of the world won't make sense.

Similarly if you watch the Star Wars Prequels before the original trilogy you run into the same sorts of issues… Then of course there are the continuity errors you make as a creator. Usually it's because you took too long to make a page and failed to read forward over the new scripted pages and back over what you'd already done. I run into that all the time! What are your worst continuity mistakes?
Special mention of Marvel's Mark Gruenwald who looked after continuity from them in a big way back in the day (Apparently).

Thank you to Gunwallace for another lovely theme song!

Thanks! Banes sent me the original and I just greened it up a bit :D