The Boys Shows a Refreshing Perspective on the Superhero Genre 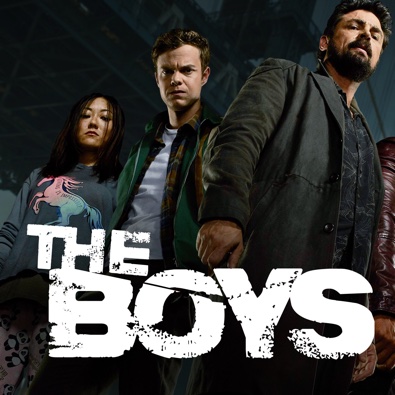 Imagine a city where a group of seven high-powered “superheroes” (think the Avengers or Justice League) are corrupt and it is up to a lone-wolf vigilante and an audio/visual salesman to be the ones with a lawful moral compass.

At first, the plot twist is refreshing, it answers the question on what if the people who are supposed to protect the citizens in a city are also the same people that put citizens in harms way. It is a story where the viewer is pushed to side with the underdog, the renegades, and the people with less power than the ones in control.

So to answer the question: Who is right and who is wrong? Who decides what role is morally just? The people who are given the power to protect or the ones with the power to take down the ones in power who are morally corrupt. At the end, after all titles and roles are pushed aside, the best determining factor in who is right all depends on perspective.

If you enjoy superhero movies, but want to see a new perspective, definitely check out The Boys Series, it it a nice take on superhero genre.

Yeaaahhh, no. Sorry but the Boys is just a very tired, very overdone, very stayed cliche mess that is just another dime a dozen "superheroes are jerks, and bad, and you should feel bad" realism piece that dragged down the entire market since the early 1990's.

I say skip it as not only is the plot NOT refreshing as we've seen crap like this all the time in superhero comics and shows since Watchmen and Dark Knight Returns, it's nothing but edgelord grimdark garbage written by a guy who actively hates superheroes and writes nothing BUT edgelord grimdark garbage. It relies on the same pointless shock value for shock value's sake that Mark Millar (the guy who wrote Marvel's Civil War comic) does and it's not good writing.