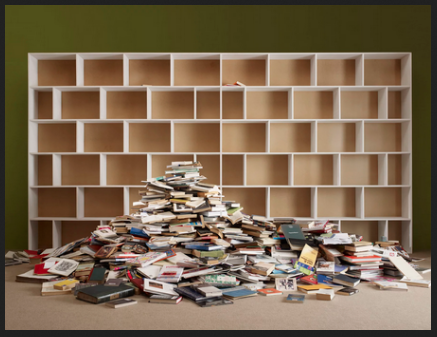 We've had some interesting discussions on various Newsposts, in the Forum and elsewhere on theduckwebcomics about knowing your ending, knowing your genre, planning ahead and outlining vs. ‘pantsing’ or ‘Discovery writing’, which is writing without knowing where you're going.

Though up to now I've mostly been a plotter who likes to know the ending I'm writing to, there is something to be said for writing into the dark, so to speak.

I heard an interview with Quentin Tarantino where he said he doesn't know the ending when he starts writing. He knows about up to the midpoint. I found that interesting - once he gets to the middle, like once it's actually written up to there, he has a good idea of where things are going after that.

Of course, Quentin really knows his genre entertainment and his movies. He knows what a revenge story or a crime thriller is supposed to deliver, so he knows he'll have to ‘deliver the goods’ in some sense. But he's pretty wide open to the second half of his screenplay when he begins writing.

I also said in the comments of my last week's Newspost that webcomics have their own rhythm and are often finding their ending as they go along. This is not always the case, I know, and there are shorter stories that are surely written and planned (and even drawn, then re-tweaked) before they start releasing. But longer form comics are what I was talking about.

But this “finding your way as you go” is not unique to webcomics - superhero comics that run for years, and for decades, like in the Marvel and DC universes - they set up characters and basic premises, and have no idea if, or when, their stories will ever end, and have no idea where the characters and stories are going to go. Since many different writers and artists will be telling their stories in the future, there's no way of knowing.

And live action TV is the same - even in highly serialized series, the ending is almost never written when a series starts. Individual episodes are written, rewritten, etc, and worked out, and entire seasons might be worked out so they hang together properly. There might even be a series bible that roughly outlines the future of the story, and the bare bones of the ending might be in place.

But the entire first season will be written, shot, and released before the real writing begins on the second season. And the path of the series will almost certainly be different than what's been planned. It's the nature of things.

Instead of rigidly planning everything and sticking to it no matter what, a good writer's room will know basically where they want to go, and work out the next season together in the room.

Vince Giligan apparently told his team on Breaking Bad to “pay close attention to what you've already done.” So the writer/producers will look at the seasons that already exist and what's happened. What stories have been told, along with the surprises that have been brought by actors, etc in production, and what story threads they can pick up on and pursue going forward. A tiny little bit of dialogue, reference to something can be picked up and expanded upon.

The Simpsons did the same thing at times, with writers combing through the older shows and picking up on little details they can work new stories out of.

If it's done well, this has the effect of appearing like every detail was planned in advance.

Hope you're all doing well out there!

Verree eenteresting, I've usually visualized what the ending ought to be, and work toward it (my "Nakatomi Tower final shoot-out" climax), but sometimes I get so far and look up and the ending isn't quite going to work any more, maybe time to think of another that's more integral to the story so far, but it did its job, it got me moving, so no hard feelings. And sometimes I just climb aboard and put on the goggles and fly into the clouds, hoping for the best.

I normally put and ending for all my characters. I write fill-ins. Since I’m not writing sitcoms or movies, writing seasons is easy to write. It’s all about the age of the characters and what events should happen. I know it is not exciting, but I like making the story or the journey of the story. If that makes sense. Plus it depends on the type of story. The Peanuts or Farside being running for years but no really long story telling.

All things considered I have done both and it's all a question of personal psychology. What works best for the creator? There was a time (and still is) when planning everything really helps to get the comic done. There are times when pantsing is great because it's free and open and organic. It's almost like the story is writing itself and I'm just recording it. But there is that chance that something won't work and a rewrite might really have helped things as opposed to going by the seat of the pants.

In my case, I generally have a clear idea of the ending of my stories, but I find it useful to use stuff like the STC beat or other similar things, because this way I can go by pantsing in the middle part of the story. It seems to me that if I write the story step by step I know my charachters than if I tried to write everything up before actually drawing the story. But I need some kind of "structure" to guide me through this.