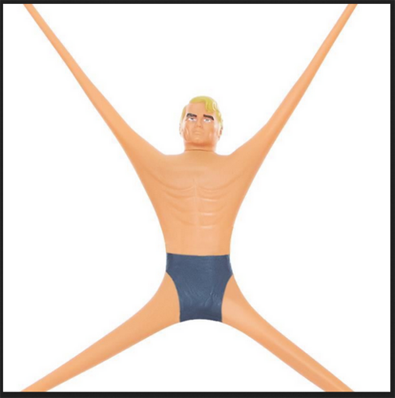 stretchin' out them stories!

I think I first heard the phrase “uncompressed storytelling” via the great John Byrne, comic artist and writer, and man of very strong opinions. He was criticizing some other writer or comic series (I don't remember which one) about hinting at stories that wouldn't pay off - wouldn't even start delivering - for many months or even years to come.

Stephen King mentioned the concept in a recent article, too: he was talking about the idea of adaptations of books now being adapted into series as opposed to standalone movies.

In a series, there is more time to cover things more fully, and maybe not having to be so ruthless with reaching a 90 or 120 minutes runtime. Very handy for adapting a full-bodied novel and being able to include a lot more of the content in the screen adaptation.

The downside is that too much freedom and too much time can lead to including TOO much stuff and boring the viewers. Sometimes the editing shears are good to have!

I don't know if there's a science to pacing. There probably is but I think a lot of it comes down to taste. Sometimes a slower pace at certain parts is what you need to inform the audience without throwing too much at them - or to let the characters react to what's been happening before shooting off to the next big plot thing. And sometimes you need to pick things up and get moving to avoid people tuning out!

Knowing when to end a chapter, or a scene - there's surely a craft to it, and rules you can follow, or break. 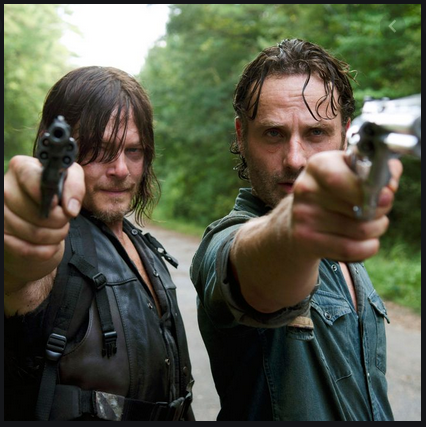 To tie this in to my Walking Dead rewatch, I've hit the point where I think it's better as a binge watch. It's about midway through season 3.

Back in the day, viewers complained that after the short and intense season one, things got way too slow in the following seasons.

I don't agree - I really liked the slower pace and character stuff in season 2. Not a whole bunch happened, but I really appreciated the chance to know the characters a little better, and really start to care about the core group. That's what's given that show its longevity.

But a few shows into season 3, I noticed I was watching two episodes at a time, or even three if I could. I remember I'd done the same thing years ago, when I first watched the show. The pace of story seemed to stretch across multiple episodes before I felt some satisfaction, story-wise. I can understand why people would be frustrated seeing only one show a week at this point.

And I remember that a season or two later, it becomes even more stretched out or uncompressed.

I think this gave the “soap opera” feeling that some viewers began to get.

Better as a binge, I'll say it again!

Webcomics, if they're story oriented as opposed to gags, are slower paced by their nature. Do you ever have issues with that, as a writer/creator or reader? Or is it the way you like to read webcomics? How about pacing issues with other things you read, watch or play?

TV series always need some deadweight episodes to meet budget constraints or logistic ones. The best are those that are best at covering it up - having excellent writers on board probably helps, having excellent writers on board who aren't put off by having to adapt their storytelling choices to the available resources certainly helps. I don't envy them for their jobs.

Story pacing is definitely a matter of taste. Some writers/stories do better one way or the other.

If you're working on something with unlimited scope or a prolonged status quo, like superhero comics or many series, it has to be a bit uncompressed because you run out of things to say otherwise. But at the same time, passage of time is often inconsistent in such a medium, so it just presents another problem to deal with or ignore. I think pacing is something every author has to work out in their own way. Different stories, even with the same cast of characters and the same setting, will usually need to move at a different pace.

But webcomics will always have an endless feeling if you follow them. If they're published as a final product, rather than in-progress, they have a nice pace (often even more satisfying since webcomics typically have "payoff" on each page to keep readers returning).

I prefer miniseries and anime to most American series. They are a good length, and I know there will be a conclusion at the end of a season. American series have that nasty habit of putting profit over storytelling. They want to get picked up for another season, so they refuse to conclude anything. They don't even work toward a conclusion. There is no progress. Suddenly, they are cancelled and hastily write a "conclusion" on a title card where they don't even bother spelling the main character's name correctly. (Some Netflix series are changing the trend with self-contained seasons that conclude nicely but leave room for expansion.)

Effective story telling is partly about discipline. Gotta rein yourself in from going on and on until you're frothing at the mouth and fall over blubbering away.(to use a Monty Python skit as an example)

Considering that several comic pages would only consume a few minutes of screen time a 100 page comic could equal a 100 minute movie. A 200 page comic could be a series of maybe four one hour episodes. So we might not be translating comic to motion picture properly. I've read the Walking Dead series is padded out for the TV episodes compared to the comic. It's a TV series and that medium allows a lot of fluff that would be cut out of most anything else short of an 80,000 word novel. In webcomics there just isn't the kind of discipline you see elsewhere. A creator or team of creators only answer to themselves. There's usually not a third party editor yelling at them about deadlines and the keep it short and simple rule. Only show what the story absolutely needs and cut the rest. So a webcomic creator is free to wander all over especially if going on without a clear idea of where the story is going. It often ends up going around in more circles than a NASCAR race.

In my case, I think that the plots I instinctively write tend to be closer to that of a movie (with few important carachters and a well defined climax) than to that of a serie (with many story threads). But even so, I have problems writing stories of less than, say, 50 pages, and as I draw a bit less than 1 page per week this means that it takes me one year or more to produce a "short" story. I think this problem is common in webcomics.