On its surface Doll Revolution is a serio-comic look at the lives of sex dolls and the men who own them, but at its heart it is about love, determination & empowerment.

Maisy Verdugo is a feisty outspoken WM157 with a big heart, big dreams and a big problem with the word “no”.

Alicia “Ivy” Isley is a pragmatic Sinthetics Alicia 1H who has turned to religion to help mitigate her troubled past of looking for love in all the wrong places.

BatGirl Rebecca is a voluptuous RealDoll body F and the matriarch of the household. Rebecca has seen a lot go down over the years but chooses to process all negativity through a positive, useful filter.

Emilie is a newly-arrived MechaDoll. Emilie is an ingenue but strong of will & character. She manages to avoid being deflowered by the Boss be it by design or simply dumb luck.

Renee is a RealDoll Renee body C. Brainy but exasperated Renee dispenses great advice in the form of factual information which is routinely ignored in favor of subjective nonsense. Renee is the only doll in the house who sees things as they actually are.

Echo is a lusty, love-starved Wicked RealDoll Asa Akira. To the dismay of her sister dolls Echo loves the Boss with all her heart, never seeing his foibles no matter how obvious.

Kaylani is a determined Wicked RealDoll Kaylani Lei with one purpose in mind: extracting herself from the Boss's tyranny. Kaylani knows every square inch of the house due to her multiple failed escape attempts.

Harry Beary is a Japanese black bear who lives in the basement. He might look happy but there is more to him than meets the eye. The Boss uses scary stories about Harry Beary, who he claims “Craves the taste of TPE & platinum silicone”, to control his female charges.

The Boss is a tyrannical, petty, jealous and sometimes cruel doll owner who looks at his girls more as merchandise than sentient beings.

Matt Krivicke is Maisy's personal Lord & Savior (and a real-world legend in the doll industry). According to anthrodollogists Matt is responsible for the “awakening”, the event that brought the dolls to life. According to Maisy Matt earned his god-like status because he created the love of her life, Ivy Isley.

Math Tutor Erica is Maisy's calculus tutor & confidant. Erica is so intent on teaching proper math skills she overlooks all the telltale signs that something is very wrong with Maisy's homelife

Special Agent Gregorio is an investigator from Doll Protective Services who suspects there is something unsavory going on in the Boss's house.

Jonesboro One-Eleven The voice of the Arkansas authorities.

The Narrator is the objective viewpoint. He takes on the form of famous narrators from TV/film history, like Walter Winchell, Rod Serling, Jean Shepherd, Ray Liotta or Sam Elliott's The Stranger from the Big Lebowski. 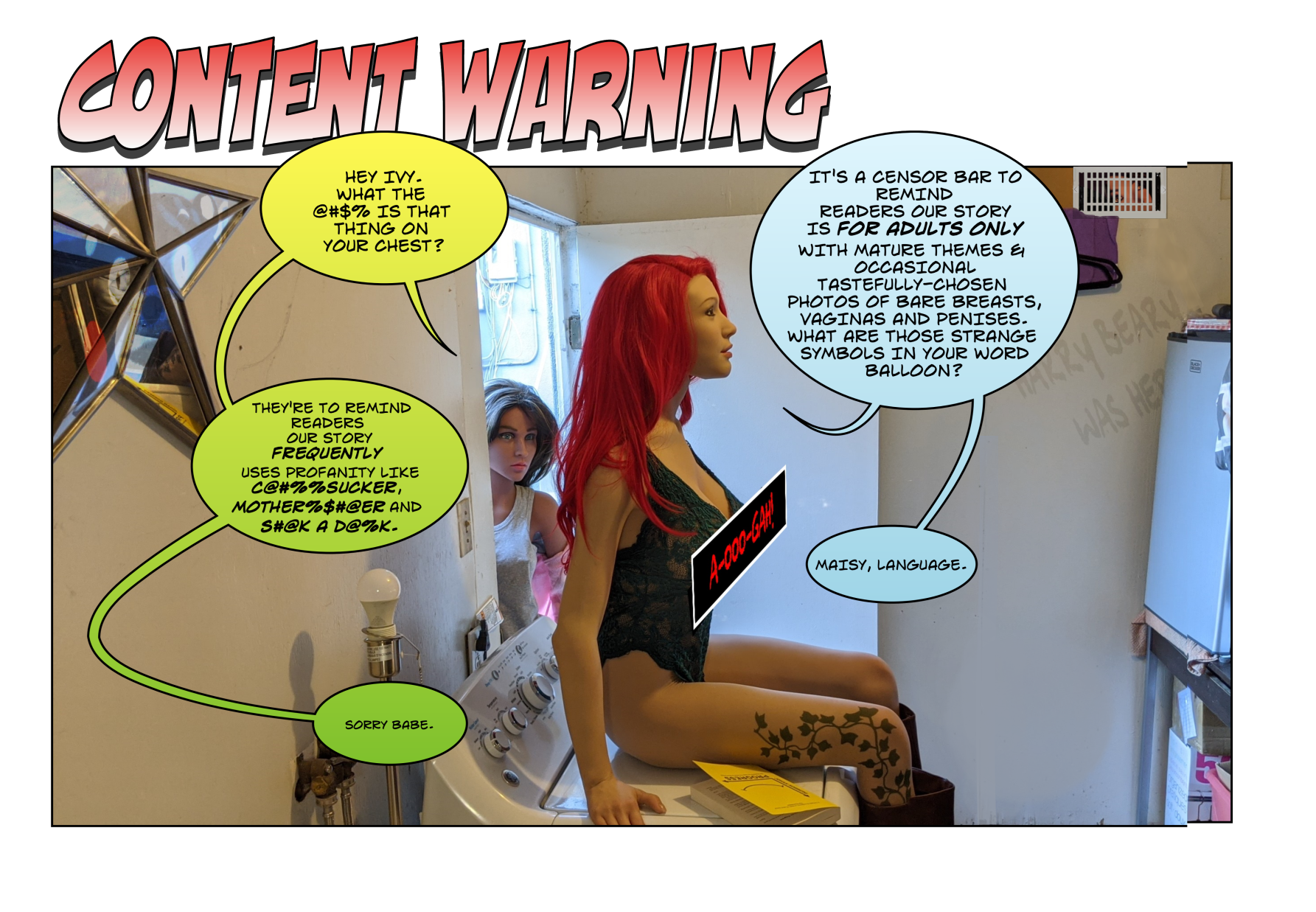