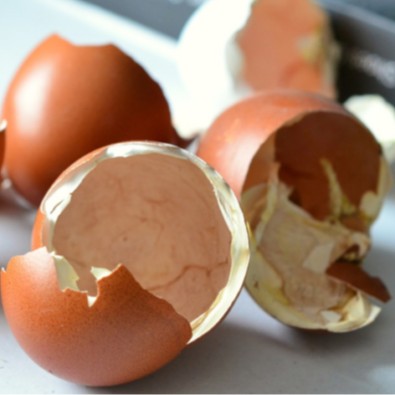 Silencing unpopular ideas, famous individuals with a large platform, and entire thought processes has been on the rise. Last week, forty-two episodes went missing from a well-known podcast’s archive leaving several listeners wondering why the episodes were removed.

Popular podcasts are a media form that carry a lot of weight. They can be used as a soapbox that echos out opinions and ideas to a worldwide audience made up of anyone with Internet access. It is important to understand the angle of a particular speaker, the ideology a person is representing, and knowing that a particular guest is not creating negative hate speech. In order to fully understand an issue, it is important to hear both sides of an argument, especially from perspectives that challenge the set beliefs that have been reenforced and learned. Long-form podcasts are a great medium to listen to a conversation on topics that are centered around controversy because it is a direct focus on an individual’s words without a middle person twisting a story.

In a world where public relations exist, most famous people need to monitor, edit, and know what to say during interviews in order to stay on the good side of social graces. It is understandable, but what has been happening lately is that words or actions from a decade ago are brought up to the chopping block as grounds for dismissing an individual in the present day based on what they did in the past.

Not only are individuals having to be careful what they say today, but with a vast record of articles on social media, there is an endless supply of quotations that can be scoured through and used to defame a person’s character.

The most concerning part about silencing voices from individuals with a platform is that it treads very close to editing words and images from historical documents to fall more in line with the current mainstream thought.

There is a need for more challenging conversations than critics.

True. It always brings to my mind the old thing about Chinese emperors destroying records en masse in order to create more favourable histories. (something the modern government there still does). Unfortunately we need more of a warts and all approach as well as the ESSENTIAL ability to evaluate things within their historical context rather than our present one. If a person can't do that their perspective is of limited worth.

As I read somewhere "To enslave a people's bodies, take away their guns. To enslave their minds, take away their books." To seek to edit or outright censor or fabricate the past means a denial of what make us who we are. If you had views that are now considered wrong decades ago, and people bring it up, point out that they had to look that far back shows if you think the same, and that they must be obsessed. Be who you are. If you live only showing a mask, are you really living? Do the people whoes opions matter to you care if you think differently from the mainstream? If they do, why does their opinion matter when it ain't even really theirs?

Thank you, @Andreas_Helixfinger @Hapoppo @Banes @hushicho. : ) We are a diverse community of Ducks from different corners of the globe. It is most interesting to hear varying perspectives from all over the world on this topic.

Well said. People must understand that we are different people at different points in time. It is important to stand against absolute evil and obvious bullshit, but it's also important not to silence any legitimate challenge to something simply because the thing it's challenging happens to be popular. I've experienced that quite a lot, every time I question or challenge heteronormativism in society, for example. There needs to be a better balance in general. I'm glad people are throwing away some obvious evil and bullshit right now, but a modicum of care is still necessary.

Well said - these are scary times

Big tech is, in my opinion, the worst thing to happen to the internet, and anyone who supports the level of censorship they've been putting out lately need to understand that just because it hasn't come for them yet doesn't mean it won't. At the end of the day, whether you're left, right, or center, these are big corporate oligarchs and they tend to gravitate away from you and towards whoever has the money. I'd encourage any content creators to consider at least mirroring their content to alt tech. Great article, Kawaii!

I got nothing to add to this so I'll just say; Brilliant article, Kawaii👍