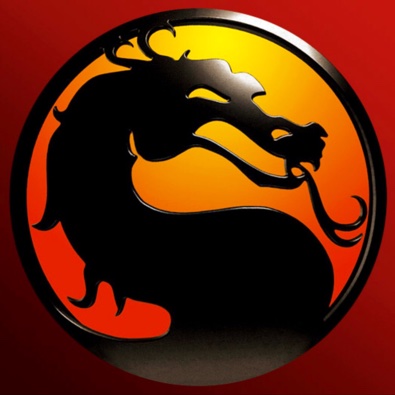 
Call it what it is: Nostalgia. Intellectual property rights. Series reboot. The chills start to form as soon as Scorpion drags SubZero’s masked face across the screen and yells, “Get over here!” The goblet of Summer 2021 Blockbusters has been thrown at a time that the movie theaters are slowly reopening.

The first time Mortal Kombat was made into a feature film was during the Summer of 1995. It was difficult to take the simulated fighting game turned movie seriously, especially after a classic scene where B-list Hollywood actor stereotype, Johnny Cage yells, “Those were five-hundred dollar glasses.” at the multi-armed creature, Goro.

It turns out the second attempt at a Mortal Kombat with a reworked script, plot, and backstory proved much more interesting than its sixteen year predecessor. The recent reboot includes characters, such as Jax, that appeared in the later arcade releases. I also preferred watching it knowing Raiden was not going to be played by Christopher Lambert; and that Scorpion was played by the guy from the Last Samurai.

Overall, it is a good thing that a nineties Video Game franchise is getting its time in the limelight again.

What's with these guys making Jax such a chump lately? In the original MK3 storyline he got his arms voluntarily to fight the Outworld, now he's getting them blown off at every iteration and he had to quit Special Forces because the most badass member was somehow the first one to get a crippling case of PTSD... even MK Annihilation had got Jax right fer crying out loud!

Eh, Mortal Kombat's not particularly well-written, but that's not what we play it to see. I don't believe any attempt to retread territory will unseat the original film from its spot, though. That was a perfect storm of sorts on its own. You'll never get better than Linden Ashby for Johnny and Robin Shou for Liu Kang, sorry not sorry! Hollywood is so bankrupt of ideas.

@Teh Andeh— Thank You for the correction, it was definitely Lambert! I had no idea, I was ten when it was first in theaters

I’m sorry, but scorpion “get over here” sounds lame in this new version. It would be very nice if they kept the ruggedness of scorpion’s voice. Or if you are going to use this actors voice, why not have him say “get over here” in the tongue of scopion’s native language. His “get over here” don’t sound intimidating at all. At least not like the first movie or game. This movie looks okay, so I’m not vested in it as a hype of expectations.... The story have to be on point. I don’t think it will be. I can wait for it to hit tv. Not worth HBO Max or a trip to a possible COVID Theater.

Yeah but....don't you have to buy one of the streaming services like HBO MAX or whatever. You think people pay enough with cable or one streaming service like netflix, now we have all these companies jumping on the band wagon and we have to pour money into different streaming services to watch cool shit. It irritates me, I would love to see Mortal Kombat and justice league but I'm not going to spend my money for it. Lame, I miss the 90's, things just keep getting worse and worse in the future bro!

Raiden was also played by James Remar in the sequel to Mortal Kombat 1995, Mortal Kombat: Annihilation 1997. He's known primarily I think as Ajax in "The Warriors" 1979, but I also know him in the supervillain role of Rickshaw in "All Superheroes Must Die" (Also know as "Vs") 2011, directed, produced, written by and starring Jason Trost.

Pretty sure raiden was played by Christopher Lambert, not David Caradine js