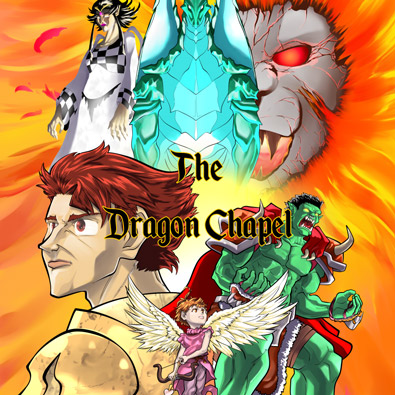 The lands were riven by catastrophic war, but the forces of evil were eventually crushed with the help of the great guardian dragon, Lord Dogoran… though he was grievously poisoned. He survived but his time grows short now and his health fails daily, soon there will be no one left who is great and powerful enough to ensure deliverance from evil… Unless little Miara the cherub can deliver his egg safely. The egg of the one true successor. This is an adventure fantasy story with a god deal of comedy! It's all in black and white, drawn in a stylised manga style, and looking very professional.

Grateful to have my fantasy comic featured this week! Thank you very much, Ozoneocean 😊

LOL Screw you guys hahaha! It was like 2am when I typed that and my eyes were so blury I couldn't see correctly XD

Looks very professional unlike a news post with six spelling errors LOL. But it did make my morning. Delovering? Very interested to see how one delovers an egg. And what is stypised? And does it involve a stipend?

Damn, those are an awfully lot of typos in that little piece, Ozone..