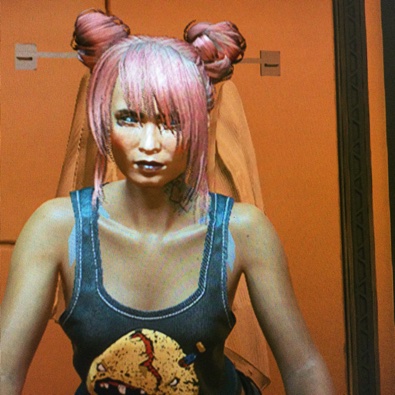 Last month, I bit the bullet and downloaded the simulation video game that is at the center of much controversy at the moment because of its performance on older generation console systems. The game in question is Cyberpunk 2077, a game that takes place fifty-seven years in the future where English, Spanish, Chinese, and Japanese are interchangeably spoken. I (luckily) was able to download a PC version, which most of the earlier reviews were test driven, so I have not been disappointed by the graphics.

The reason I was curious to play this game was because it incorporated a lot of futuristic technology such as neuro cables that integrate with the human brain, mechanical body parts to create a cyborg, and because it was a way to step inside a mock-up of a simulation. I decided since there is plenty of talk about us already being inside a simulation, it helps to have some control over the type of simulation in which I would be a willing participant.

The game has a learning curve as I am not used to playing first-person games on a keyboard. I am still learning the “WASD” Keyboard commands. However, the game definitely excells in that it combines elements of the types of games that I love to play: Original Character Creation, Multiple Choice decision making.

I plug into the game when I want to escape the every day and I was to live in a futuristic city that looks a lot like the one in Blade Runner. My avatar is a she/her cyborg with rad metallic eyes, a metal hand, and cotton candy floss colored hair. Her lack of control while driving gets her into trouble with the law, and she is very knowledgeable about growing up on the city streets.

The game backgrounds are pretty stellar and there is a huge emphasis on the details of the surrounding world. Sometimes, when the game grants me some downtime to just walk around, I like to explore and observe all the details and alley ways of the game. Some of the settings remind me of actual cities I have traveled to before.

There is a good game inside Cyberpunk 2077. It is unfortunate that it was released during an inbetween-time when a lot of end users were transitioning to an upgraded console. I personally feel like I get a lot from the game play because I am in constant awe when trying to figure out how the backgrounds of the game were rendered.

@Ozoneocean, I definitely feel that the left hand is doing much of the heavy lifting and I am not used to giving that hand so much control, so it has a pretty steep learning curve.

I tried it at a friends place the other day and it didn't seem very interesting to me... On the plus side your character has actual genitals and nipples and you can style your pubes haha! But the games is almost all in first person so you never see anything anyway. As for the rest it's just like any other semi-movie interactive RPG type game with some limited FPS elements. I found Mass Effect more immersive and cool neon Scifi than this. The aesthetic just takes classic 1980s cyberpunk and makes a 2020s version of it, with all that implies.

@marcorossi- I would definitely play a simulated tabletop RPG of Cyberpunk 2020 in the year 2077.

Only marginally related, but I started playing a tabletop RPG campaign of Cyberpunk 2020 with friends in december (via Zoom), because how can you not play Cyberpunk 2020 in 2020? And now I'm factually playing an ucronic sci-fi RPG set in the past, since we are in 2021.

Thanks @Teh Andeh and @sphinx8k, it is good to know there are other players on here!

I have it on the xbox one. and to be honest, i've had zero problems with it. in fact i really like it. imho it's a fun world to dive into for some much needed escapism