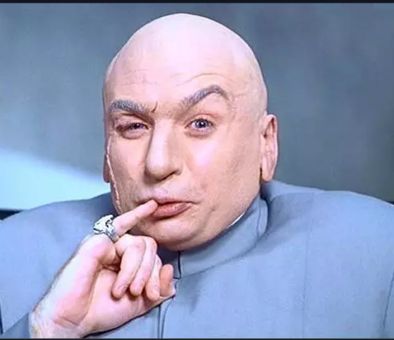 Welcome to my Underground Layers

-Banes, your pop culture references are as on point as ever!

I've talked about story structure here many times, normally in similar ways.
A different approach to character and story, one I haven't used much personally, is what we could call the “onion” approach.

Instead of thinking in terms of the flawed or wounded character who is impacted by a change in the status quo and then struggles through the story, which forces growth on them, we can look at the character from outer layers that gradually reveal deeper layers of who they are.

So one way to mark out a story is to show the character/characters as they appear to be on the surface first. We see them interacting with maybe co-workers, or in some activity that illustrates their outer self - maybe attractive, professional, and courteous.

Eventually we could see the deepest layer - maybe, pushed to the limit, they're become a murderer. Or they're secretly ALREADY a murderer. Maybe they're a secret sociopath (apparently a much-loved trope in a lot of books). It doesn't have to be all negative of course - but deeper layers should contain weakness, wounds and flaws obviously, or at least antisocial elements of some kind. The layers should be INTERESTING.

Perhaps in the final, deepest core, the person is heroic and noble DESPITE those flaws, though. That can be a beautiful thing!

This process can be used for a main character who we see a lot of, or one who we only see a few times, like an Antagonist who we meet only occasionally but shows us new secret layers each time we encounter them.

Some stories that come to mind that would illustrate this kind of thing happening would be Agatha Christie's “And Then There Were None”, the movie “Courage Under Fire”, and the grimy classic “Wild Things”.

This might not be an approach that results in completely different characters or stories; it could be
a different way of looking at the same thing.

But that can be helpful in itself sometimes!

I think that can happen to character(s) when they gain info or knowledge on something. Outside influences in a story can change the outlook on how the character(s) Will decide next. I also believe that as a writer of a character you should submerse yourself in the mind set of the character’s thinking. How would they handle it if at all? Would it matter to those around them? What would it take to “unlock” or peel away a layer that no one knew was there? Does it take a breaking point to make that character change? One of the best thing I’ve come across is asking my characters the 100 questions about themselves. From action hero to the shy and timid. It bought up quite a few issues on how they answer the question. In answering them, it could create some layers you never thought about. Which can lean to some interesting story telling. (I have to look up those questions and place them somewhere here)

hushicho is right: it's easy to overdo it. Nevertheless I love this approach. As long as the details can somehow be made to fit together, each of them makes a character come to life more and more, and exploring these layers is a fascinating journey in its own right alongside whatever plot may be going on. With mysterious and/or old characters you can use the layer technique to tease your audience by always hinting that there are even more character layers underneath (even if you don't know what they are yourself). As a rule of thumb, I wouldn't reveal the deepest layers in any character anyway - you've got to leave the reader's imagination some room.

Well said! The only thing I have to add is to advise writers to be careful just adding traits, especially flaws, to a character with the mindset that this will make them better. It might not. There are many writers, unfortunately, who simply believe that heaping on flaws leads to a more nuanced and interesting character, but sometimes it just makes them an asshole who is impossible to care about or identify with, despite their best features.