Do Higher Resolution Graphics Translate into a Better Story? 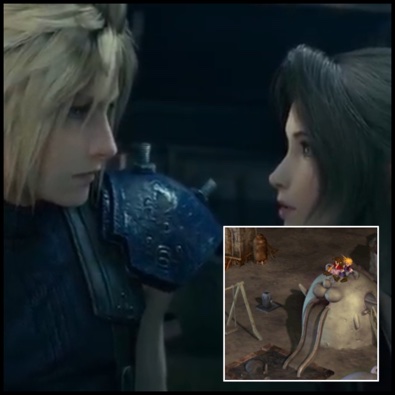 A few new generation consoles were released at the end of last year, yet the need to replace or update any gaming systems currently plugged into the television never came up. Chalk it up to old fashioned, old school preferences. However, a dusty box stacked with several original Playstation and PSOne consoles from the late-nineties does exist in my room for the times I am inspired to play my favorite video games.

Twenty years ago, I was convinced that improved graphics and voice actors became the main focus that the elements of writing and plot points went to the wayside. I would enjoy reading text bubbles in Final Fantasy VII and give each character a voice in my head that it was bizarre when I would hear a voice actor for a favorite character for the first time (this happened many times during Kingdom Hearts).

Beautiful graphics eventually were able to surpass the most detailed full motion video (FMV) and voice actors were carefully and accurately selected. A genuine example of a well-rounded character would be Arthur Morgan in Rockstar’s Red Dead Redemption 2. The graphic resolution for that game is so high that the face wrinkles and emotions of the character are so detailed and the voice acting adds on another layer of realism.

One year ago, Square Enix released a remastered version of Squaresoft’s Final Fantasy VII complete with the same characters and locations while keeping the original story intact. The original story was already very strong when it was originally released because graphic technology and the machines they played on were not at the same capacity as they are today. A side-by-side comparison of screenshots from the two versions clearly shows that the team behind the remake clearly understood the original storyline and was able to remake the game in a way to embrace older and younger audiences.


Is a strong storyline necessary for a successful remastered version? Or can an average storyline be improved with higher graphics and voice actors alone?

I think the people who put too much stock in technical fidelity tend to underestimate peoples' ability to process abstraction, and abstraction creates a small window where people can kind of add their own interpretation to some aspects of the story. So in a way, you're reducing the amount of personality your audience can add to your story with every little detail you cram into it. I suppose that can be a good thing in some places depending on the message you're trying to get across, but in my opinion developers tend to take too much away from their audience's interpretation of the story these days.

As an old fart, I want to take Jason Moon's examples one step further and bring up Super Metroid and Chrono Trigger, which are, in my opinion, still two games that have yet to be matched in their atmosphere and storytelling, and the developers did it all in, I believe, 4 MB of storage space. Literally, 1/25,000ths of the space FFVII Remake took up. There are definitely more modern games that were able to get close, like the Batman Arkham series, but it's more to do with the fact that the teams involved knew what they were doing and less to do with tech. Heck, I haven't played it, but I know Undertale, a modern game intentionally made to look like a classic NES game, gets a lot of praise for its story.

@ hushico - No need to get angry and insult. Just my opinion. I'am educated, I went to a private christian school. Cloud was completely changed in the remake in my eyes.

Cloud was always a pretty boy in design as well as execution, if you look back, and...wow. "Japanized"? Maybe educate yourself a bit. Oh no, emotions in voice acting! In any case, the recent redux of FF7 was intended to be different, and Square-Enix even said as much. If you want the exact same story and experience with souped-up graphics, just get one of the many other releases of the game and add one of the many user mods to do that. In any case, I don't think more advanced graphics are necessarily better, and frankly I think far too many games try to lean too heavily on flashy visuals, instead of putting in the essential work on the actual story. There's a reason why "style over substance" is an expression!

I don't personally think so. Games like Chrono Cross, Legend of Dragoon, FF7,8,9 were GEMS! The late 90's JRPG's were king of storytelling. When they completely remade Final Fantasy 7 all the stuff I enjoyed was lost in translation. I sure loved the new graphics but the characters came across different because you no longer had just dialogue but real voices being heard from the characters. They changed the story at every corner to where you see the main villain from the start so there is no build up, and it's super (japanized) with their overbearing emotions and strange interactions when talking to others. And Cloud came across as a pretty boy and wasn't that angry ex-soldier lone wolf he was in the original. That overhead view with just dialogue and those pretty pre-rendered backgrounds are where it's at because as soon as you go full pixel with voice overs they get all japanized and silly with the characters and story. JMO

Great article! I used to think that way many years ago. But then we received some remasters/remakes that were so poorly made that can't even match the original one. Comics are in the same line, many have really good artstyle but poor story, which I admit could be my case because I tend to spend more time drawing than writing O_o

I also feel like remasters are best with some Easter eggs or a new element/side plot to keep the interest, but if a title was popular enough to warrant a remaster, the writing and story are already excellent and best left in tact. Fans of the title, the main audience of a remaster, generally aren't going to want to see their beloved story messed with.

Video games and movies/shows have the same elements as far as my enjoyment. Acting is by far the most important. It can even help bad writing (not fix it but make it watchable). After that, the story is key. While I do enjoy super detailed hi-res, fast frame rate stuff, for me, a stylized art style is far more appealing. Animated films strike my emotional core far more effectively than live action. There is an expressiveness to design (especially 2D or pseudo 2D design) that captures the essence of life and emotion and enhances it. Much like how the most moving paintings are not the hyper realistic ones but the stylized or simplified ones. Some of my favorite games are oldies -- but I wish they had voice acting. (Btw, the Broken Sword series, a point-and-click adventure, is phenomenal for the voice acting and humor alone. It was fully voice acted from the very first entry on the PSOne.)