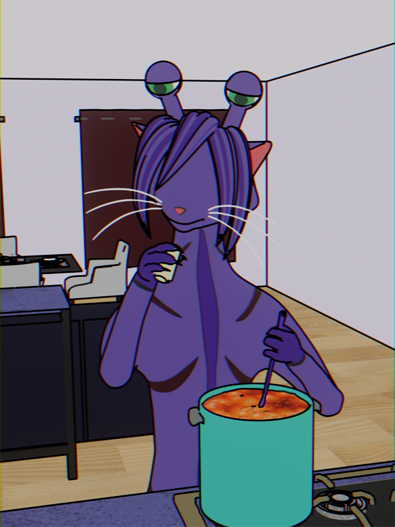 Backstories. We all have ‘em. After all, we wouldn’t be here today if we didn’t. Without our memories, we are like a blank slate waiting to be drawn on. Trust me, I’ve had amnesia. It’s not fun to have to rebuild your life brick by brick and listen as others tell you what’s trapped by a mental fog so thick you could cut it with a knife and eat it.

The same goes for your characters. They have pasts too. After all, the hero has to be there for a reason other than you simply want a person to stand there looking all heroic. What? That’s all you got? Oh my gosh, talk about a shallow character! Go pretend that you’re him/her/they for a few hours and how you got to where your story begins. I’ll wait. …. Got it, good. Now you’re all eager to tell the reader all that backstory you just thunk up, huh?

Well, don’t. O.O Not all at once anyway. o.O That’s the absolute best way to bore a reader. Would you like to listen to a stranger talk on and on about their past, how they got to where they are today in the most minute detail? You’d be like a famous boy wizard falling asleep in magical history class after the first ten minutes. No one wants to wade through that quagmire. I know I don’t. But you need it.

In order to write an adventure well, you must have an understanding of your characters. Why are they there? What kind of personality do they have? How did they meet their sidekick, if they have one? Who are they really? Are they enjoying themselves? Why? The list of questions is longer than that thirty-nine and a half-inch pole the narrator mentioned in the iconic Grinch song.

Now, sometimes you can show off all that wonderful backstory if it’s a legitimate flashback. But keep it short, sweet, and relevant to the situation and never ever during an action scene. For example, let’s say the heroine — we’ll call her Nancy — is having a sword fight with a minor bad guy named Gary. Not Big Bad but a … level boss, to borrow game parlance. They’re going at it with lunges and thrusts, fancy leaps away from leg sweeps and Gary are out for blood because she somehow got his sister maimed. Suddenly Nancy thinks about how she learned to fight and the comic launches into a long story of Master Rei-Kiba accepting her as a student, training her personally because her father and he go way back, yadda yadda yadda, scene stretches out until she graduates as the best student ever. Cut back to Nancy’s battle with Gary after twenty pages or so and the reader is like “what the heck?! Where was she? Why is she fighting? Who is she fighting? How much time has passed?” And the most important question, even it doesn’t form into a full thought is: “When did Nancy have time to think this?”

Instead of severing the reader’s attention like Darth Vader’s lightsaber through Luke’s wrist, have her think “Bless you Master Rei-Kiba!” and parry the next strike. After Gary runs off, licking his wounds has her starry-eyed sidekick Martijn ask, “How did you learn to fight so well?” Then, and only then, when the story isn’t in the midst of action is when you BRIEFLY tell about her time with master Rei-Kiba. Three to ten pages tops. Shorter and more concise the better. Just the highlights then move on.

“But what about the years Nancy spent there being picked on by Lady Rosalyn for being teacher’s pet?” Irrelevant to the readers until Lady Rosalyn herself shows up. The years of torture mould and refine the person Nancy is today, along with all the rest of her backstory. Sprinkle it in like Zeep cooking his pot of chili. Too much and it ruins the pot. 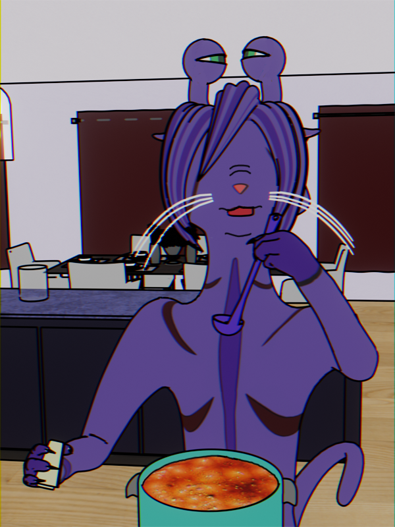 Better add some light vinegar to your pot, Zeep, it will help mask the flavour. It’s a shame a webcomic can’t have such a simple fix after all those pages of dull back story you drew and wrote. You could redo the pages and shift them to after the battle, letting your readers know, like Zeep adding his vinegar but that really messes with the old-time readers and might have them wary for more retcons. Heck, do it too often and a few might say smell ya later!

So, now you see how backstory is like salt. You sprinkle it in the story with a very light hand so as not to distract the reader. Do it well and the reader will be as starry-eyed as Sidekick Martijn.

Healthy story telling is like a healthy diet. Low sodium. ;)

It's definitely a balance to figure out. Not to spoil anything, but my comic Molly Lusc is going to have a lot of moments looking into the past of the main character for many of the following issues. The flashbacks I'm using will be quiet extensive which is why they will only happen under moments of calm contemplation, or moments where the main character is made unconscious one way or the other and can do nothing but look inward for some time.