An Ode to Sidekicks (Part Deux) 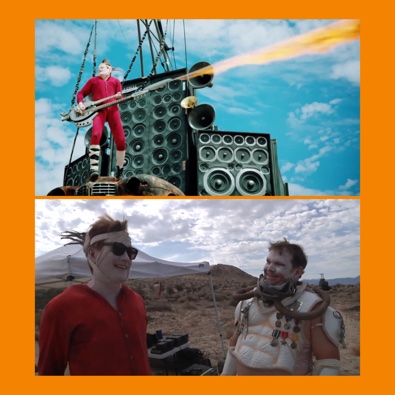 Seven years ago, on November 17, 2014, I wrote a Monday article on the Duck following the final taping of the Late, Late Show with Craig Ferguson. It was around that time that I started watching Conan again.

He was the youngest late night talk show host in the mid-nineties to the early aughts constantly playing in the background during the college dorm room years as we stayed up late nights eating curly fries and ranch with cold pizza. I recall one evening during the week of July 4, 2009, when his face lit up the Billboards of Time Square in Manhattan after claiming Leno’s time-slot. He was different than the rest—an innovative writer from one of North America’s great Ivy Leagues who was as phenomenal as the Monorail salesman in the Simpsons. It was very easy to hop on and stay on the Team Coco train when he took his legacy into his own hands and moved to TBS.

Now, it is impossible to fall in line with Conan without complete and utmost respect to Andy Richter, who is easily one of the kindest sidekicks to the main host. The duo, a pairing so fitting, reminiscent of Abbot and Castello, carries a decades-long friendship that was certainly reflected during the 2020-21 late-night season.

It was fitting, tuning in each daily weekday to watch Conan and Richter shout socially-distant retorts, quips, and completing each other’s jokes, across an empty theater. The final episode of Conan aired last week after several favorite guests: Bill Hader, Seth Rogan, and Jack Black, were interviewed to say their final goodbyes.

Thankfully, the social media presence of Conan carries on an extensive legacy of some of the most entertaining interviews that have helped bring laughter to the world when it was most needed.

Good luck on the next endeavor, Conan and Andy!

-from a life-long fan

Godspeed, gentlemen! I've been a fan of both these hilarious guys for many years.