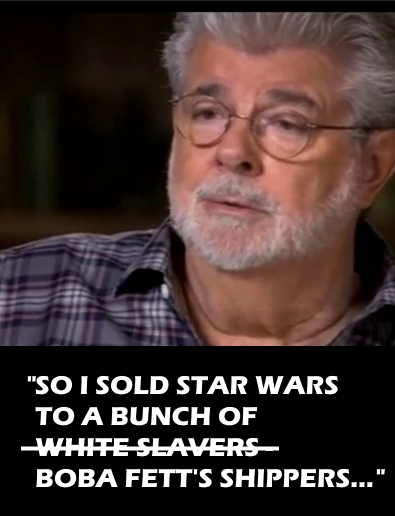 Some of my earliest memories are playing with Star Wars toys - my awareness of the first film and the toys are muddled together, but I clearly remember seeing The Empire Strikes Back, and vividly recall the couple-years-long wait after that, before Return of the Jedi would come and resolve the incredible cliffhangers left dangling in ‘Empire.

Vader claims to be Luke’s father! Is it true? At the time we weren't so sure. Yoda says “there is another” hope for the galaxy. Who is it? And maybe in the darkest turn of all, Han's been frozen in carbonite and taken away by this armored, helmeted badass who captured my imagination with very little screen time and barely speaking at all. 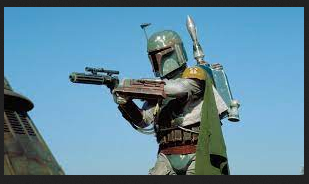 When Han and friends were on the run from the Empire, using all of Solo's daring and wits (and maybe a little luck) to evade them, the Empire had to call in Bounty Hunters. That scene featuring all the strange, cool looking Hunters made a huge impression on me from the get-go. From the toys I learned all their names - Bossk, the terrifying lizard-man. IG-88, the Bounty Hunter robot (how does that work? I wondered), Bandage-headed Dengar, and the characters Zuckuss and 4-Lom. You could send away for a Zuckuss character action figure, i remember, by mailing some proofs of purchase away or something. I wasn't able to do it but I wanted to.

Most important, though, was Boba Fett, the one who DID manage to catch the heroes by out-thinking Han and tracking them all to Cloud City.

Fett was a mysterious fellow. Cold and capable, with that missile on his back, battered and banged-up armor, and a mask that was even cooler to me than Darth Vader's.

He looked so awesome. He WAS awesome. I had the action figure and he was one of the prized toys in my collection. I remember my brother had a door-sized poster of him and told our step sister that Boba came to life at night. She was rightly terrified. 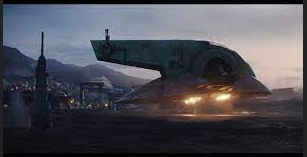 I wasn't able to get his ship, but I loved that ship. My friend Rob had the toy and the thing was so cool. Such an odd-looking elephant-head shape to the thing.

I wouldn't see the interior (other than Rob's toy) for many many years, on the Mandalorian, when Fett returned and we saw the Slave 1 in action for the first time. We saw how Fett sat in it, flat on his back, until the thing lifted off and turned to flying position.

We saw it in combat in space, as well as dropping one of its Seismic Bombs. Pure baddassery! And now that a Boba Fett series is coming, we will surely see that unique ship design in action some more, as Boba Fett and Fennec Shand navigate the Galactic criminal underworld (presumably). 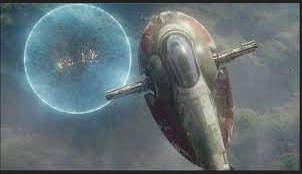 As awesome as the ship is, in live action and in toy form, there was one problem: the name.
Happily, executives with Disney, Lucasfilm or Lego have taken it upon themselves to remove the “Slave 1” name, dark and sinister and dangerous as it is (though I don't think it's said in any of the movies) and
changed it to the much more acceptable and less promblematic “Boba Fett's StarShip”. 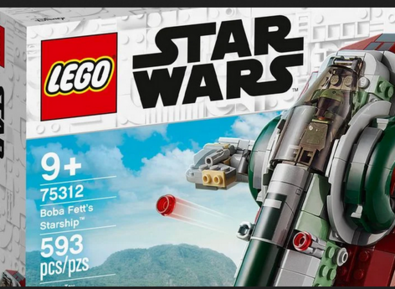 I'm so glad the studios and toy companies are acting as our protectors, shielding our delicate sensibilities from having to see words that they deem unacceptable!

I look forward to future corrections, perhaps beginning with that - what's it called? The Death Star? No. It's the Empire's Space Station. Bounty Hunters? Ugly! They're the Empire's Subcontractors. Star Destroyers? Um, NO. They're the Empire's Large Starships. By the way, STAR WARS is potentially unpleasant. I propose it be renamed “Space-Based Interactions”.

Thank you for protecting us all! We salute you! 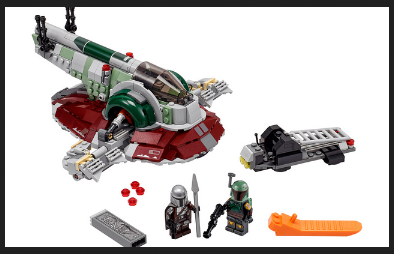 Leia doesn't just kill the creature who enslaved her, she kills all the others in his harem and entourage as well by destroying the ship they are on.

I recently had a discussion about this myself. It's unbelievably stupid, just like them deciding to do away with Leia's (in)famous slave attire in merchandising of any kind. If you see the movie, you see that slavery is in no way glorified or glamorized, and in any case, Leia COMPLETELY KILLS THE PERSON WHO ENSLAVED HER. Similarly, making Boba Fett's ship have an utterly generic name just reflects that Disney, as they so often do, don't understand Star Wars or, really, anything. They've over-sanitized their own products to the level of impotence, and it doesn't reflect an awareness of social concerns. It just looks embarrassingly stupid and overreactive.

@MOrgan - Exactly! It's shocking and unacceptable!

@Andreas_Helixfinger - Exactly! I'd be surprised if you could find 10 people, or even 5, in the world who would be bothered by that name of that ship. Actually, there are probably a few. There's always a few nutters. Those moments with Boussh, and then Boba Fett flying out and facing off with Luke for a few seconds were great and iconic. Even as a kid, I didn't like the way Boba went out with a joke after that.

@jerrie - p.s. The show is not about Boba Fett, but to see his armor and a peek at him, the season 2 episode "The Marshal" has it. And for the kickass return of the man himself, I think it's the episode called "The Tragedy". It's worth a look! I was almost an ex-Star Wars fan until the two seasons of Mandalorian played out!

@jerrie - The ship is such a cool design. And I guess you haven't seen The Mandalorian? I know you were an old school Star Wars kid like me - I believe you'd like the Mandalorian. And...spoiler alert...you won't have to mourn anymore. It's set a few years after Return of the Jedi, and a certain someone is not so dead (or digesting) after all...

@bravo1102 - good point! I'm sure one of those heroes is working on it. I'm guessing it will be Leia's Summer Outfit and Jabba will be her platonic friend? Okay, this notion made me laugh. xD

@ozoneocean - thanks oz! Exactly; the context is meaningless to those people. Maybe Boba Fett (or his father) WAS a slave and the name is a statement of defiance and triumph over that. It could mean anything. Corporate sanitizing/censorship of words is so dumb.

Yeah, a VILLAIN has a ship named Slave 1... Shocking! Who ever heard of a villain being so callous and unfeeling? Tsk, tsk, tsk...

I'm doing like the nod that Boba Fett gives Leia, impersonating bounty hunter Boushh, after pressuring Jabba to pay more for capturing Chewbacca and bringing him to his palace. Like "Yeah, respect among bounty hunters".

Characters getting their limbs cut off by lightsabers. Han Solo screaming in the next room getting brutally tortured and then frozen alive in carbonite. A Twi'Lek slave dancer and a Gamorian guard both screaming bloody death before getting gobbled up by the Rancor monster (Beastmaster Malakili is still weeping over the loss of his beloved Pateesa by the way). Anakain Skywalker committing a Tusken Raider genocide aaaand a child jedi genocide. Yeaaaah... it's gonna be an intersting cleanup indeed^^ Long live the bounty hunters, by the way;)

I always liked the design of Boba Fett's ship. (I still mourn for Boba Fett.)

Boba Fett's starship is pretty small potatoes compared to the whole creepy Jabba the big slug and his creepy crush on "slave Leia" How they gonna clean that one up?

Hahaha! Brilliant! Yeah, I wonder why they changed the name? It's a space opera fantasy, I doubt it was supposed to have a connection to the slaverly of African peoples in the USA in the 19th centry and before... Words CAN be used in other contexts and other ways had have totally different meanings. I don't like they way we're constantly going towards a contextless based purity of meaning for all words and terms. English is squishy and floopy and hard to pin down, it's not like German or Latin where things mean what they mean. Anyway, regardless of that silly bulshit I love your story about being a fan of the bounty hunters.