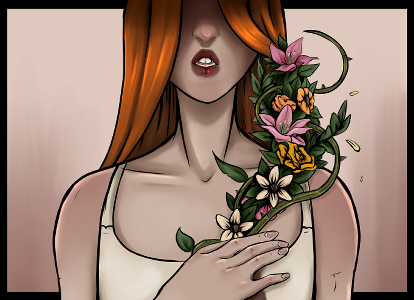 Today is Easter and originally I was going to write a wholesome message about taking care of yourself (which you should) but then I was like “NAHHHH, let’s talk about characters dying and coming back.”

I know the wonderful Tantz_Aerine wrote an article on it here but I wanted to expand upon it and give it my own personal thoughts.

What are the conditions in which bringing back a character is okay? To be honest, there isn’t a concrete answer to this, everyone has different opinions and I have many thoughts but I think that generally depends on the story. Personally, I believe if you’re going to bring back a character, it should be for a great reason, a bigger purpose/ulterior motive, not the “I miss this character/everybody loves this character.” reason. (I’m staring at you Supernatural and like any other franchise that literally just wanted to bring their characters back for no reason other than they were loved by the audience.)

Death is a very big part of life that should not be made little of. Death affects everything. Like Tantz stated in her article, “Death may not be permanent, but it does leave permanent change.” and I couldn’t agree more. Whether this affects your other characters or just the character that is resurrected, there is change. It shouldn’t be a “flip of the switch and everything is dandy.” there should be weight to it, there should be a purpose. And if there isn’t a purpose to the resurrection, then what is the point in bringing them back? Was there ever a point?
Normally it’s unfinished business or a deep love for this deceased character that has brought them back to life through unholy means. Maybe someone, be it a deity or a necromancer of some sort, has some plans for this character, don’t let the resurrection just be a resurrection. Give this once lifeless body a purpose or a reason.

I do very much like it where when someone brings a character back, that character loses something in the process, maybe feeling, maybe memory, maybe they’re on borrowed time and in the long run their physical and mental abilities will be hindered by this “borrowed time,” but they’re not entirely themselves and some times this takes a great toll on the characters affected by said-character’s death, some times it takes an even greater toll on the character that’s been brought back.
An example I can think of is one of many Frankenstein movies, Dr. Frankenstein created his monster but his creation dearly wanted love/a wife/companion, and he saw Dr. Frankenstein’s wife and wanted her, in the process of wanting her he also killed her, now I cannot remember if this was intentional or not, but Dr. Frankenstein did everything in his power to bring her back and when he did, she did not like herself, she hated herself and I believe attempted to take her own life by fire, I forget if she succeeded. (I was a wee-bab when I saw this movie, but that scene always stuck out to me.)

Death shouldn’t be meaningless, if I were to bring a character back from the dead, there is definitely a reason, the means of their return could be scientific such as getting shocked back to life or it could be magical like a healer casting Mass Resurrection, and depending on the situation, there will always be a consequence planned.

My advice on bringing characters back to life:

There is quite a bit to decide and a lot of questions that need answering, like my last article, these are simple questions where the answers carry a great weight on your story.

Now, NO EGG-SCUSES! go rest, take care of yourself, relax and regenerate.
If you want, tell me your thoughts on life-after-death/resurrection. What is a scenario where you’d bring a character back? Does it fit to do such a thing in your story?

I carrot wait to see you next Sunday ;)

PSTTTT
Hey! If you didn't already know, you can advertise with The Duck for as low as $2 per day! In ANY spot you like!! And if advertising isn't really your thing but you still wanna show some good ole support to the Drunk Duck, maybe consider becoming a patron? There are perks to it like early access to quackcasts and being part of the EXTRA cool kids club. ;]
(jk there is no extra cool kids club but it would be pretty cool if you became a patron!)

In science fiction there's always the possibility of advanced medical science where the seemingly dead are brought back. I try to avoid it. I had necromancy in a few stories where the spirit is enslaved or where a corpse is brought back as an undead ghoul but there's only one character who was supposed to be dead but wasn't and that's only because no one bothered to check if he was still alive after the incident. So he's pretty angry. I kill characters but there have to be consequences if they somehow show up again.

One thing I hate is when they try the "He wasn't really dead, just faking it" over and over again. Occasionally using a trickster to pull this off is fine. Someone being presumed dead (like the plane they were meant to be in crashing with no survivors, but they had been arrested before boarding for attempting do a drunken striptease in public, at the airport) can be accepted occasionally. Actual resurrection should require things like how it is possible (with built in limits to explain its rarity) and costs (like demons charging a soul, or to be allowed to possess the raised. Maybe the soul doesn't come back, or someone elses moves into the body) One method I thought of is for a spirit to hide in a woman's womb and possess the baby that is formed around it, (the baby never getting it's own soul.) They spirit lives that life, and repeats when they die. There are hunters for them who kidnap the babies and feed them to soul devourers. They are still after the last Neanderthal soul

@dpat57: thanks! and yes, the whole replicating really does question if they're even the same anymore! @xade: sounds about right, the more you need to "reverse" the more it'll cost! @tantz: Thank you and you're welcome! You're article was very intriguing and something I always enjoy discussing! @hushicho: I don't really understand how you can accidentally kill off a character? unless you mean one character killed the other by accident? If the resurrection of a character *doesn't* have drawbacks, whether small or great, I feel like the death has been cheapened. Makes it seem like there is no "consequence" to dying and coming back, which there should be. Especially in terms of emotional turmoil.

Honestly, I think it's most important that writers not just cheapen death and use it as a manipulative gimmick. Killing off a character is always dramatic, and it will invariably elicit a response from your audience...but it will also alienate at least a part of your audience, and it will drive away readers. Beware. Bringing a character back doesn't need to have drawbacks, especially if you're just fixing something that was a mistake. Just be sure you don't make a habit of killing off characters. It's very often a puerile tactic that people rightly are increasingly resistant to and resentful towards...because it's also manipulative by its nature.

Great article, and thank you for the shoutout. You honour me! I of course agree with everything you expanded upon!

Hunters take great lengths to prevent being turned, using a .... self-destruct spell, to make it simpler. Upon drinking the undead's blood they immediately die in various ways, depending on the spell, often taking the sire with them because it destroys any and all blood in the body. 99% of the undead become monsters who merely wanted to extend their lives for selfish reasons but one did it for a selfless reason and maintained their humanity. But that's another story. ;-)

In my webcomic world, they have the typical clinical death time frame. Any injury, short of a catastrophic brain loss can be healed with magic but only with a very powerful and extensive spell. Not every wizard can do it because it also involves retraining the body to live, heartbeat, lungs, etc. THis can be doubly hard for an undead wizard, who has none and must use another person to do so. Speaking of the undead, those too are rare in my world and the undead must either be a wizard or have it done by a wizard or an already undead person. It normally involves very complicated spellwork both before death and after raising unless it's an undead turning. Whith undeath turning the undead must give the living what little blood they have then upon the new undead raising, drain them. it's a very risky and painful process and the fresh one is often locked up, for if they escape and get purged the sire will die.

Good thoughts! Resurrection themes feature in a couple of my comics, like alien tech duplicating people after they expired, or ancient objects of unknown power bringing the dead back to life. But there's always the question(s) of how long will it last for, what are the limits of their new form, and are they really the same person or something else entirely? The fun never stops.