The Beauty of Science Fiction 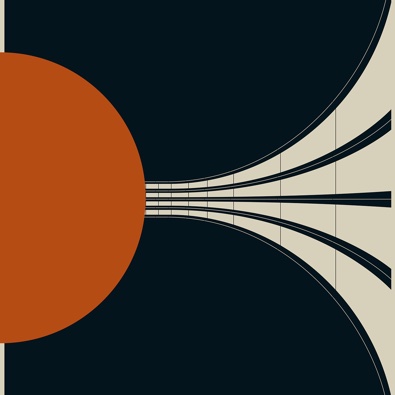 The top-rated late-night radio show in the late-nineties was bestowed on Coast-to-Coast AM, a talk show program that centered around paranormal topics and the supernatural. The show’s host was broadcaster and author, Art Bell. Listeners would tune in during long distance commutes, with some positive reviewers exclaiming how much they liked how listening to the show inspired strangely exciting dreams.

Too young to be a fan in the early days, I was a late adopter to the radio program, picking it up two years after the sudden passing of its original host. The few episodes I listened to included a rather puzzling and science fiction element of a man who claimed to have traveled backward in time in order to save the planet from his future timeline. The interview was certainly astonishing as there was an hours long conversation between Art Bell and a person who claimed to be a genuine time traveler.


Twenty-four years after the episode originally aired, a modern podcast decided to track down the person who conducted the original interview and was able to pull back the emerald-green velvet curtain to the reality of the situation. The original interviewee admitted to making up the entire time traveler’s story based on post-apocalyptic books of science fiction. It was claimed that enough interesting topics and keywords were thrown into the mix in order to ensure a bump up to the front of the radio queue. The second part was astonishing. It felt like a first-hand account of a fact-checking article that removed all doubt that the first radio interview (a fan-favorite) was ever a real story.

The beauty of Science Fiction is that it leaves room for a hypothesis or a theoretical outcome to be entertained. Most listeners do not listen to the genre to expose facts and hard evidence, rather to make a conclusion of what could be a logical explanation for certain occurrences.

Awesome, everyone. Coast to Coast Radio is very near and dear to me, somewhat of a personal connection to it. Waking up, early mornings, 0300 to 0600, the sound of the morning razor, coffee brewing, static-y radio signal that keeps going in and out.

Listened to that radio show and others over the years. Great for keeping me awake on long night shifts at work.

@dpat - agreed. Knowing the truth behind these kinds of things is a powerful drive - but the reality is ultimately kind of disappointing. Great article - never heard of that radio show either. Cool stuff.

Coast to Coast AM is a wonderful thing for someone who works nights in the Continental US. But in Hawaii it's on in the afternoon. Hoaxes can be great things. Plenty of real wonders over the years.

Fun stuff. I'm slightly disappointed that time travel guy didn't keep up the pretence, how could anyone prove otherwise? *breaks down, sobbing* "I can't go back. But now the Morlock Nazis won't rule the world in 2057, so there's that."