I Can Do Better 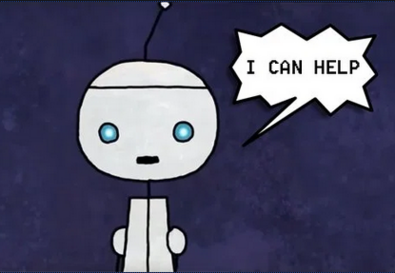 The moment of change in a character is not always crystal clear in a story. Very often the secret to good storytelling I think, is to understand all the structural elements in a story, and a character arc, and then to HIDE those elements so they feel realistic while they happen.

Also, the character arc for a Protagonist probably contains multiple moments of change in a standalone book or movie, or in a series.

Much of the time a big part of a classic character arc is going from selfish to selfless. This shows up again and again in stories.

Having said that, there are a few moments where a change of heart is shown on screen that don't come across as cheesy or corny, but made a huge impression on me, so much so that I think about those moments regularly even years after seeing them.

Indiana Jones and the Temple of Doom - many people consider it the weakest chapter of the classic trilogy. Maybe it is, but I love it - some of the action sequences (in the plane and the mineshaft for example) are my favorites in the trilogy.

There's a moment where Indiana gets what he's after when he steals the priceless artifacts, the Shankara Stones, from the Thuggee cult. About to make a clean escape with the stones, there's a haunting moment where he hears the cries of the village children who have been kidnapped to work in the mines. He pauses, troubled…maybe a bit conflicted.

I mean, of COURSE he's going to do the harder work of trying to free the children - he's Indiana Jones! But it's always been a powerful moment to me, as he realizes he going to have to risk himself a lot more than he already has.

Pulp Fiction has an almost identical emotional beat in the “The Gold Watch” story. On the run from the crime boss, Butch (Bruce Willis) in a crazy series of events, is taken prisoner - along with the crimelord - by a creep who owns a pawnshop (I know, that's really narrowing it down, eh?)

Butch manages to make a clean getaway as well, without anyone knowing, and is about to escape the pawnshop while leaving the Crime Boss captured and sure to die. But just like Indiana, Butch stops. He CAN'T leave the guy to be brutalized by these wackos. Instead he resolves to go back for the Boss.

I had more - the classic moments from A Few Good Men and also Insomnia (which I've talked about before) but this is running long. I'll leave it here.

These moments of a character seeming to get what they want, but choosing to take a more selfless, self-sacrificing path are very inspiring!

There is a flip side to this as well, that we see once in awhile, where the Antagonist or Villain Protagonist makes the choice to be really awful (just saw such a moment in season one of Fargo. But that's a story for another time).

Interesting thoughts! It could be argued, with tongue firmly in cheek, that Butch just wanted to use that big katana he spotted on the way out. This was a man who beat a fellow boxer to death in the ring, after agreeing with Marcellus that he would take a fall, but his pride wouldn't let him. So maybe it's fair to say Butch's character had several facets, not all of them in alignment with each other. Indy's choice was perhaps more linear, he's an established hero who punches Nazis, we knew he couldn't abandon those kids. That was his mission, put upon him by the village shaman. "Bring back the stone... oh, and maybe the kids if you see them. Although it's been peaceful without them."