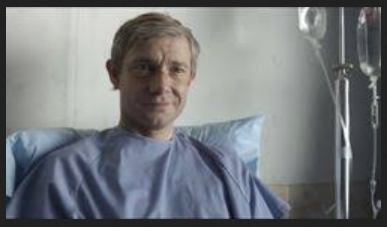 Hey, I found an image of the actual moment! yeah, real good, there

Last time we took a look at the little moment in some stories where a character has a moment and realizes that in spite of being able to get what they want (valuable magic rocks, or to get away scot-free with some deception), they can't do it. There is a higher calling that they can't ignore - kidnapped children who need help, or an exonerated killer who's going to do it again unless the character risks everything to bring the murderer down).

So here's a look at the opposite, and a moment I noticed while rewatching the first season of Fargo: when a character has a moment of reflection and realizes/decides that they can do something to help themselves, get out of a jam, or punish an enemy, if they'll do something nasty, manipulative and hurtful. Something they would probably never have considered in their life before this moment.

Lester in Fargo (s1) makes…mistakes from the first time we see him (and in his life beforehand, too). He makes a doozy in the first episode, and is under suspicion by the cops for horrible events that have happened. Lester DID do something horrible, but for the first half of the season, we can have pity for him. He's picked on, embarrassed and hurt by his former high school bully, belittled harshly by his wife and brother. He's miserable, but it seems like he's just kept his misery to himself. Then he's guilty of a crime of passion, I guess you could say. And through events beyond his immediate control, other horrible stuff happens on top of it.

A few episodes later, on the verge of being caught, and given another nasty shot by his visiting brother, Lester's sitting in a hospital room and pauses. We can see his mind working. Starting after this, Lester becomes much more clever. Freed from his repression, or whatever's been guiding him through his life so far, he enacts a bold, risky plan to (he hopes) get him out of this mess.

Of course, this plan requires someone else to take the fall. That's the plan. Set up an innocent person to go to prison for him.

From this episode to the end of his story, Lester is a schemer. A Machiavellian chess player who will see anyone else destroyed in order to serve his own needs/save his own skin. The true character of the guy is revealed.

I guess what I'm talking about, though, is the moment. Seeing that quiet moment of thought, where the character works through what they need to do, if they'll just let go of that pesky idea of right and wrong. Seeing that play out (with words in a book, and with or without words in a visual medium) is a very satisfying moment, and is a sign of good writing and good story construction.

Having said that, this moment is not always needed. Some other favorites:

- a scene in The Lion, The Witch and the Wardrobe where the snarky brother Edmund decides to deceive the others by betraying his youngest sister with a lie. The book makes a real meal over Edmund's decision and that moment sticks with me many many years after reading it.

- the final revelation about Vera's true nature at the end of Agatha Christie's “And Then There Were None”. This kind of moment is all about showing the true character of a person below the surface.

There are multiple moments like this in Breaking Bad with Walt and some with Jesse. And Better Call Saul takes it to a whole other level throughout the series with Jimmy (Saul), as well as with Kim, and Mike, and Chuck. Since the shows are all about the idea of change, and about the true nature of people and figuring out who you are, it makes sense.

We don't always see the moment a heroic character becomes heroic, or a villainous one becomes villainous: but in the right context, it's powerful to see the moment of decision. Even if we don't totally know what it means until after the story plays out.

I hope this made some sense and had some value to you. I certainly went on long enough! 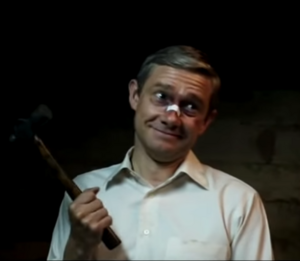 @damehelsing - I remember in The Last Jedi, thinking that Rey was going to turn dark. At certain points it seemed to be heading in that direction, and it was an exciting notion! The movie seemed to be sort of nodding in various potentially interesting directions but never really going there. I agree - the opportunity and temptation to "go dark" is very relatable and happens regularly in life!

Sort of related to what Gunwallace said, I really wanted Rey to turn dark. I didn't enjoy her character and I really feel like if she accepted to join sides with Kylo Ren it would have been a big twist and a certainly interesting one. A brand new jedi with incredible powers including a little bit of a dark twist (as we saw in RoS) - it just would have been a totally new journey with maybe a battalion to go against both Kylo Ren AND Rey. Idk, I like characters going dark to be honest, whether or not it is temporary, I feel like it's a very real and relatable thing, because a lot of us want to break at times but not all of us will.

@ozoneocean - factor fiction? It's for youze to decide!

Or when Luke realizes he can join forces with his Father and kill the Emperor and take over the Galaxy ... (oh, wait, is that just my version?)