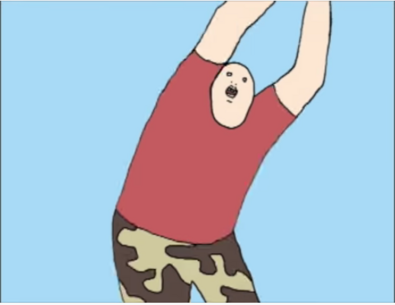 I mean, there could be a few out there who don't. A few pure souls that never stray from the truth. Could be. But I doubt it.

Could a mute person lie? I suppose so…whether they're writing something down or using sign language…for some reason it's very odd to me to think about someone signing a lie. But it's surely happened.

Anyway, that's not the point - 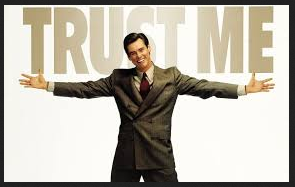 I think that in a lot of fiction, characters tend to be more honest than real people. Unless it's a story about deceitful people, criminals, or a comedic web-of-lies plot, of course. In those stories the lies will generally be exposed in the end, and justice will be served, punishing the liar in a dramatic or comedic way.

But often, it's the little lies that are interesting - characters who lie to save face, or hide their true feelings, or create a better image (in the moment, that is. I'm not talking about the “web of lies” plot, here).

I think I first saw these kinds of lies back on the show “Seinfeld”. They would have the “web of lies” plots too, of course, but often times characters would claim to feel the opposite of how they obviously feel in certain situations. I like that; it adds a realistic dimension, even to broadly drawn comedic characters and situations.

In my comic, it's second nature to write my characters doing this. To me, it's usually obvious when one of them is denying the truth, and often I will see in the comments that people are easily detecting this. That's satisfying!

How about you? Do your characters lie? How often, and about what? And how do you get across that they are
lying so it's clear to readers? And how do you make it clear if someone's telling the truth? 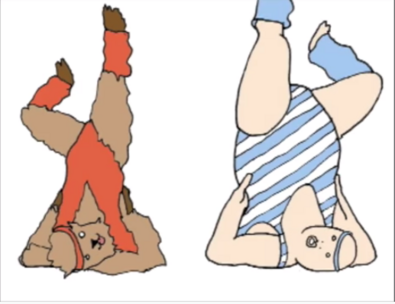 .....Huh, it occurs to me in the writings in my head that there is a surprisingly lack of dishonesty in my characters.

Piny TA characters tell the truth unless they're trying to actively betray and deceive haha! It's easier to avoid and talk around uncomfortable truths than lie. Lying is a thin and flimsy bridge over a chasm with terrible consequences if it fails, easier and safer to take a detour that doesn't involve it.

Personally, like bravo, I always tell the truth to lighten the load for my bad memory. It's different in storytelling, though, where everything rather has to have been able to have been true (or at least fun). This last part is the translation of a Plattdütsch saying (Dat mutt wohr ween hebben könnt.), whose grammar is, on purpose, slightly awkward and confusing too.

-- I've noticed my kids find it hard to follow a movie or TV plot where the characters are lying a lot. They have a (nasty) habit of taking what is being said at face value. -- I've been reading a lot of hardboiled detective stuff recently, and the lies (and misdirections) flow thick and fast.

I never lie! And you know that this is the trith, because i never lie. That said, I think there is also the borderline case where a character denies even to him/herself that something is true, that is a lie in some sense and in some sense it is not. I think this happens a lot in the meatworld too.

(Spoiler alert) Currently, I have Pride omit the truth about “saving” both the lives of the SINs Lust, Envy and Gluttony with their children in a plot to retrieve heaven’s most secret information to re enter the heavens after being a “fallen one.” The only one that caught on to it was the SIN Sloth. After reflecting the cost of her sight when dealing with Pride’s “suggestion” to an idea, she questioned it again with Wrath and ask for her opinion on Pride’s suggestions to save the children of the SINs Lust, Envy and Gluttony. Wrath thinks it’s too over the top for Pride to start another holy war of billions of corrupt fallen angels. Another, lie will be Indulgence aka Ina, will do most of the collecting of the Biblical Divine information to “free” themselves from the attachment of their mothers. She tells an Angel that she wants to simply learn stuff but in secret really trying to steal information of heaven’s most sacred bibles. Which technically is free to any Angel to read.

My main dame Molly is a double edged sword in this case I think. On one hand she's a truth-seeker, who's very good at uncovering other peoples secrets and seeing through their lies and deception. However, on the other hand, she's also quite a lier and deciever herself. Commiting adultery behind her husband's back, keeping secrets from him and so on, which in the end blew up her marriage and almost got them both killed (altough that last consequence did come through an outsider element that Molly had no control over). Non the less I think it has been made clear to the reader through Molly's actions alone that, altough she will tell the truth when lifes depend on it and try to put things to rights when she fully realize just how much the outcome of things depends on her making the right actions, she's certainly not straightforward or without compromise when it comes to handling the truth

Always tell the truth. There's less to remember. Because when you lie, you have to keep your stories straight. And mutes are very good at not telling the whole truth.