The spookiest of all creatures. The… familiar? 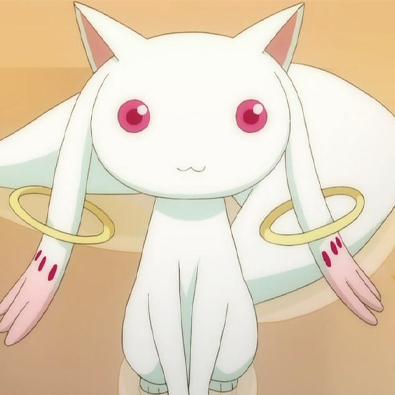 With the spooky season upon us, it is time to give homage to the spookiest of all creatures. The… familiar?

According to TV Tropes:

“This is based on the medieval belief that Satan granted demon servants (in animal form) to witches as part of their pacts and that “cunning folk” (white witches, herbalists, folk healers) were assisted by good spirits.”

The familiar is a common trope in a number of genres; from witchcraft and magical girls, the guiding spirit can spell danger or bring comfort to many a protagonist. These creatures are often physically present alongside the main character, giving them advice (for good or for bad), companionship or a link to powers/the spiritual world. There are occasions when a familiar is a spiritual manifestation, acting as a bridge between this realm and the next.

Familiars can use a wide range of skills as well. Oftentimes they will talk, much to the chagrin of others around them. Though there are some that use telepathy, choosing only to speak with words to add weight or bring about the end of the world.

Are they always on the side of good however? Surprisingly no. Some unlucky protagonists have been led down the garden path to the gates of destruction by an innocuous and cute sprite only to realise far too late what has happened. But, luckily for most fictional characters, an overwhelming majority of familiars are well meaning.

Does your comic have a familiar? Who is your favourite familiar? Let us know in the comment section below! And join us on Sunday evening for our Quackchat at 5:30PM(EST)!

It explains why they're often depicted as being given to a healthy cynism to offset their masters' actions. The cuddliness aspect comes in handy when familiars are used to provide comic relief. Btw. while my human main character is a witch, her tiger and squirrel are not familiars but pets. There is not always a clear dividing line, though, especially in comics of the more cartoony variety.

In truth though, just pondering it now, they seem spooky because they're not human. And even if they might look like a cuddly animal we know, they're not. Their intelligence and priorities are somewhat...alien. That's a creepy concept, I think.

Familiar? That rings a bell...

I think the familiar concept originally comes from shamanism/totemism. Guardian angels, the spirits of the ancestors (manes and/or lares in roman tradition), the loas of voodoo, totem spirit etc., they are all very similar and I think they have the same root. In the european middle ages, all these kind of ideas were attributed to the devil (in fact even pagan deities were lies of the devil in christian theology), so the "familiar" become a devil that the wizard can summon and control (with the implicit idea that the wizard might have to pay something in the afterlife).

Hmm. Almost sounds like a guardian angel. (But in animal form?) Never thought about it before.

I love the familiar, and I love writing witches and demons. But the incubator pictured is no familiar! It is a vile abomination.