A Cat Comic Jam and Goodbye to Norm Macdonald 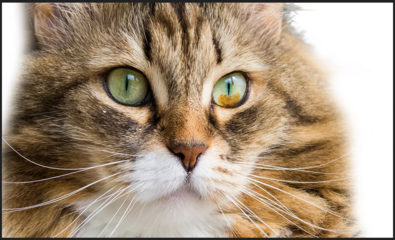 
Hey folks, Genejoke here. Hopefully many of you have noticed that the community project Lite Bites is up and running and updating regularly. If anyone isn't aware Lite Bites is a project a run with a mixture of short stories, reviews and other oddities.

What is the Cat Jam? It's a comic jam with the concept of following a cat's point of view. It could be a single panel gag or multi page epic tale, whatever you fancy making. Each creators story will stand alone, the common ground being the theme of the story following a cat, or being told from a cat's point of view. Cos, y'know… cats. Everyone loves cats. The question is, who wants to join in?

How does it work? Each creator makes a short comic based on the Cat POV concept and submits it to Lite Bites, where they will be posted in the new year. Comics can be as short or as long as you wish and any rating except Adult. Well nothing is stopping you making an adult comic but I wouldn't be able to post it in Lite Bites unedited.

Why so long? To be honest it's because that's the size of the page buffer I have on Lite Bites. It also means there's more time to gain interest and for volunteers to create.

Will I be able to post the comic elsewhere? Absolutely, no restrictions there. Although it would be cool if they debut in Lite Bites, but it's not essential.

How do I get involved? Drop me a PQ, or comment on the thread in the forum's. From there it's a matter of making the comic and sending me the pages when complete.


Thanks, Genejoke! I hope the cat lovers and/or comic creators will jump on this like a dangling
piece o' yarn! 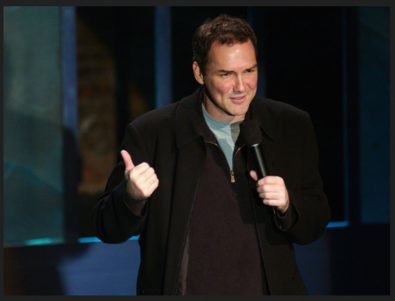 I can't let this platform I enjoy once a week go by without mentioning my great love for
the comedian Norm Macdonald and how shocking and sad it was to hear of his passing this week.

My hip friend way back in school first showed me clips of a young comedian with an odd delivery doing these routines about a wiener dog and then about ‘dating game’ shows. So damn funny. I was obsessed with Norm's comedy on Weekend Update on SNL and was an avid fan in all the years since.

He performed in my small city about two years ago and my friend and I went to the show. He's one of the
only performers that would have gotten me that excited to go and see. Of course I watched his podcast for the brief time it existed. Loved his book and wish he'd had a chance to write more of them.

Even up to now, I quote him all the time with friends, and watch him on the computer most days, on the wonderful “I'm Not Norm” youtube channel. For years, those comment sections have felt like home to me, with all the other Norm fans speaking to each other in code, quoting Normisms.


An original, an inspiration and my favorite comedian. Funniest guy ever. He'll be missed.

At least he went out on a high note with 'Klaus'.

I might be able to jump in with a cat story.

I loved him in the SNL days. He wasn't very good in sketches usually, because he was ALWAYS himself first and his character second but I loved his cheeky areshole persona and his drawling way of talking, it worked so well for Weekend update, where his commanding pressence really shined. His jibes about OJ Simposon and Michael Jackson did get old in that got in the way of time he could have been using for his awesome jokes and cleven deliveries just to give us the same thing over and over about OJ being gilty and saying MJ was a homosexual pedo constantly... The writing was on the wall by that stage, obiously he had some issues with muliple people at the show or he wouldn't have been hammering away at that so much. "Note to self: Don't do tht anymore..." Hahaha! Anyway, it was so cool to see him doing that Yaphet character on The Orville.

Dammit, I love Norm, he was so friggin' funny. He was great in everything he was in.