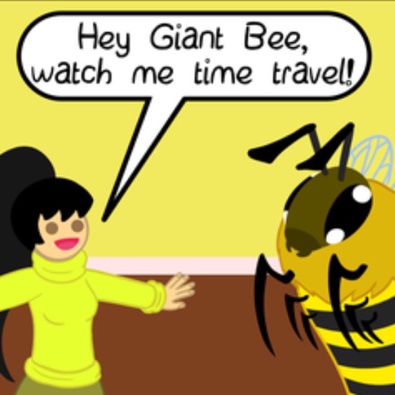 This is a story about a lovely girl who works retail named “Friend” and a Giant Bee named “Humphrey”, and their daily conversations on worldly observations. It is not a love story (or at least, it was not initially), but anything goes in a world of bees and honey. This comic is chock-full of jokes—the puns and intellectual observations usually land; the dark humor can sting.

The comic layout is a traditional three-panel strip format. The colors are very happy and bright.

Try to relate to all the characters—Friend, Buddy, Babygirl, especially the Giant Bee—and read Giant Bee and Friend by OneOverTwo, rated T!