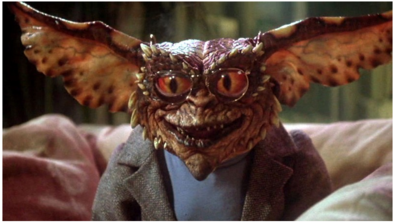 In the early 80's, thanks to the success of Halloween and Friday the 13th, a slew of slasher movies was released. There was even a documentary about the glut of imitators that flooded the theaters/video stores for a few years.

There was a smaller trend (smaller in several ways) in the 80's as well, that began after the success of Gremlins: the little rubber monster puppet genre.

I think there were less of these than slasher movies - one reason might be that making this kind of film is surely more labor-intensive and more expensive.

Several horror movies use hand puppets or animatronic puppets here and there, like Alien and The Thing, (as well as other genres like Star Wars with Yoda), but the subgenre I'm talking about is where there are multiple little beasties as the main threat of the story. There's also a tone that goes along with a lot of these, decently dark and scary, but with at least some comedy or fun to it.

Here's a bit of a rundown of the notable ones: 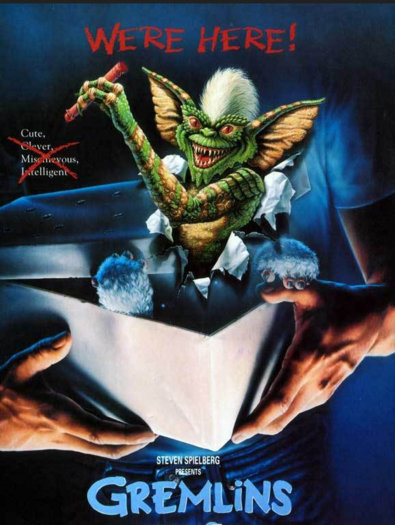 Gremlins
Of course, this started the whole thing. It was a huge hit apparently, and it's got a pretty bizarre sequel (a sequel that I enjoyed quite a bit). I was always surprised, and kind of glad, that they didn't pump out a half dozen sequels. 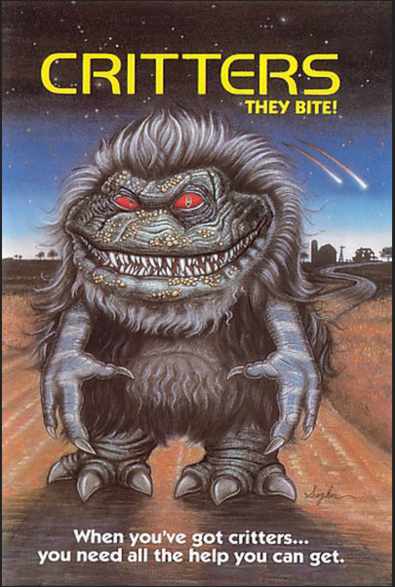 Critters
This is probably the other big one, and one of the better ones. Space fugitives crash on earth, and are savage little furballs with razor sharp teeth. I think this one got four movies altogether. I've heard something about a remake/series as well…had to look it up, but there was a TV movie that came out in 2019. Good on the Critters! Alive and kickin'…er…chewin'. 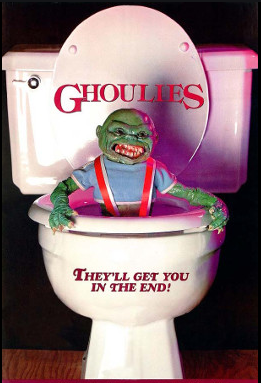 Ghoulies
I remember this one vaguely from the video stores; it had the iconic image of a little slimy creature popping up out of a toilet. Apparently there were four of these as well!

In addition to these, there were lesser known releases like Hobgoblins, Munchies, Elves, and so on. 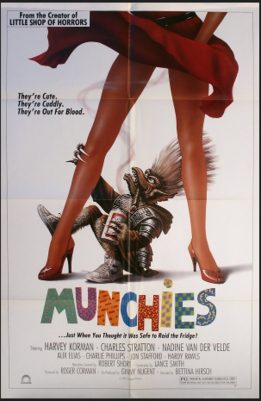 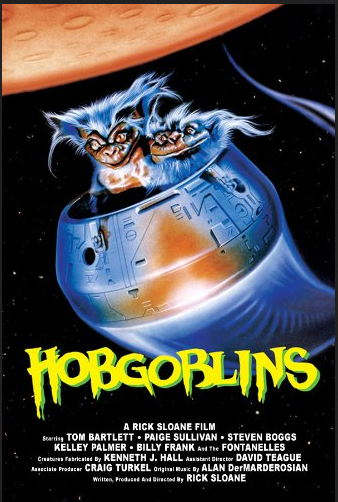 It was an interesting subgenre that existed for a brief time. I wonder if it's due for a resurgence? Personally I don't think it would work with CGI creatures; the fact that the little beasties are actually there, physically, is an important component.

I was going to save my Halloween-oriented posts until October began, but nothing better was coming to mind for an end-of-September post. But hey, it's only one day off.

It was the same with Star Wars and Jurassic Park.

Hobgoblin seems to have a cult following to this day because it also has the dubious distinction of being one of the worst movies ever made. At least so I was told on a certain dark and stormy evening and nothing I saw suggested otherwise. Hobgoblin and Gremlin are from the same genre but worlds apart. @EssayBee: The Little Shop of Horrors is special, possibly a genre of its own. Else, we'd have to group it all under "creature feature" and that wouldn't really do justice to any of these movies here.

Since I did those two comics about monster movies where the monster was a puppet I looked at a lot of these films and picked up a little bit about puppetry, the servos and remote boards that are often adapted from the controls for R/C cars and planes, as well as the sticks used to move appendages. Even did a gag strip for the DD awards one year with a cast member playing a joke on another one using the puppet. And the big irony is my comics use action figures for characters so a posable figure is playing someone manipulating a posable puppet.

There were several really low budget puppet monster movies a couple where characters get it on with the puppet. Then there's live action Japanese tentacle rape some of which really explores the depths of awful. Like how do the puppeteers keep a straight face with someone getting it on with their animatronic creature? Those of you who have read my comics know two touched on touchy, feely animatronic puppets used as monsters in two movies.

@oz - Frikkin' Aussies...is EVERYTHING a slang for genitals in that land of depravity??

Gremlins 2 was a blast - so crazy to take the original concept and explode it in every direction they could think of!

No love for Little Shop of Horrors? It's not a ghoul/gremlin sort of monster, but it's a wonder of puppetry.

Loved Gremins two with the great Tony Randall as the voice of Brain Gremlin. The story was obviously a comedy with jibes at a certain very rich real estate mogul who had just named a building after himself in New York City.

Gremlims is the best of them that I remember... Ithink I saw Critters and I definitely saw Goulies. Goulies is slang for testicals BTW... Anyway, Ghoulies was ok as far as it goes, obviously the puppets were shit, pun intended.

Does "Puppetmaster (1989)" count? That movie had a ton of sequels made for it. Also it was the movie that, along with "Critters", inspired me to make my comic Idfestation^^