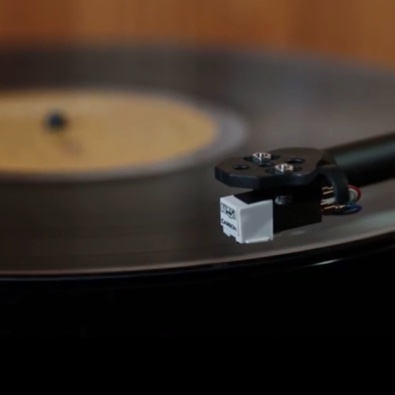 Several hot summers ago, while enrolled in a video production class, the instructor said a movie must be watched at least three times in order to appreciate different aspects of the film.

First watch: Watch the film in its entirety to get the general storyline.
Second watch: Mute the film and watch for body language and dialogue.
Third watch: Listen to the audio track in its entirety without letting the visuals interrupt the flow of conversations and music soundtrack.

It usually takes at least two to three reads of a comic’s archives in order to get a real sense of the storyline and characters. There are so many similarities between creating webcomics and storyboarding that this type of litmus test works as well for comics. Although, the nature of comics is that they usually lack music, audio dialogue, and sound.

Years ago, I remember reading the once featured historical-fiction comic, The Dreamer by comic_chic, on The Duck where a girl from modern times gets transported to the American Revolutionary War. There was a certain scene where the the main female protagonist was in her room while listening to “Stolen” by Dashboard Confessional on an iPod Classic before falling asleep. This particular scene from this particular comic was moving because incorporating a familiar soundtrack into a comic space helped narrow the gap between the comic world and non-comic world. I actually think about that comic panel whenever “Stolen” comes up on a playlist.

Disney’s Fantasia (1940) and early Tom and Jerry cartoons were spot on when showing the symbiotic relationship between drawings and music. Classical music has so many raw emotions of a composer, conductor, and musician intertwined together that assist with dreaming up visuals to complement the music. (The visual I usually turn to when I listen to classical music with my eyes closed is a butterfly or bird flying through a strong wind that suddenly turns into a heavy storm.)

Logistically, incorporating actual song files into a webcomic page takes a lot of work, not to mention the bandwidth costs. Referencing a song lyric or showing a character listening to a song in a convenience store or singing alone in a room takes much less work, but the attention to detail can do wonders in building the comic’s surrounding world.

On Twitter I was using a lot of 30 seconds to mars songs under my posts of my art and Jared Leto went through and liked a bunch of my craters edge posts. It was incredible, I'm a big fan of his.

A lot of the legal landscape of music has become a huge disaster of a mess even before it hit the digital world, but music is a huge part of the creative process for me. When I was writing the Incubus Tales serial fiction, every chapter was titled after the song that inspired it the most and was most appropriate for its mood.

Yeah. Copyright is problematic with song lyrics. At least in the U.S., you can say the title of a song, but pretty much any lyrical use needs to have permission from the song's publisher. And since the publisher may change when a band changes labels (or if the label signs with a different publisher), it can be a pain. For smaller webcomics that don't generate a lot (if any) money, you're probably safe. I did reach out to the publisher for a song I used, but they never got back to me, so I'm guessing a free webcomic was not something they care to bother with. Regardless, in the few instances I've had characters singing--just to be safe--I've censored the lyrics and included a link to the song/band/copyright info in the Comments (along with a link to an official source of the song for folks to listen to). Or, in one case, I've used the Adam Warren-loophole and had a character sing the title of the song, since titles are safe to use.

I love having music on when I create. A lot of the time when I finish a page there was a song I had listened to that related to the page so I usually post the song and some lyrics with the page if the lyrics fill in with the story or characters.

When I revisit a webcomic I haven't read in a while I sometimes go to Gunwallace's website to listen to his theme song for it that's pretty sure to be there (He made one for my comic too, and I think he totally nailed the feel of it - cheers again!), as well as his new ones in the Quackcasts. They're works of art in their own right, but they're even better if you know the comic. He somehow always finds the right tone.

That's totally true. To me, drawing comics and making music is essentially the same mental process, only the tools are different and one of them tends to make less noise. Many - most of them, I think - of my page/episode titles are actually song titles I nicked from somewhere, and I would sometimes put a Youtube link into the author's comments when there was a certain type of music I had in mind. I also considered creating my own comic page soundtracks for a while, which would have had a strong tendency towards guitar-heavy old school rock/blues/metal/folk - not because I think it always suits the comic particularly well, but because of the instruments I can play and the genres I'm reasonably good at (i.e. not a total disaster). However, seeing how my time to get anything drawn at all has been dwindling for many years, this idea is of course completely off the table (so don't worry about having to mute your device when reading anything I might post ;) ).

I've always been fascinated by the way music and film can work together so well to create such a great overall effect and I've avidly collected film soundtracks since my teens which I often listen to whilst making my own comic art. It also gives me quite a buzz to listen to a particular track and imagine it's the music for a scene in my comic as I'm driving around in my car. I also sneakily used the idea of a music concert to share some of my favourite tracks alongside the scene flashbacks of my main character who was watching the performance but I guess for a really immersive feeling the reading of the panels should take as long as the track.

Very eye-opening article, kawaii. I've always been in love with music and the emotions and moods it can evoke in an instant. It's like a speed-dial to the soul and all that it contains. I especially listen to soundtracks and musical themes, some which I feel mirrors the narrative themes and situations of my stories. Over the years I've had these musical themes forming in my head that I would love to manifest in the form of my own music if I can someday. Been tinkering with LMMS, a Digital Audio Workstation software, now and then, and now that I think I've come up with a format to make producing pages for my webcomics a lot easier and quicker I might perhaps be able to spend more time on it and actually learn how to use it proparly. Maybe, I hope, I can create my own webcomic soundtracks - to fill in the gaps that mere written words and drawn imagery can't - someday^^