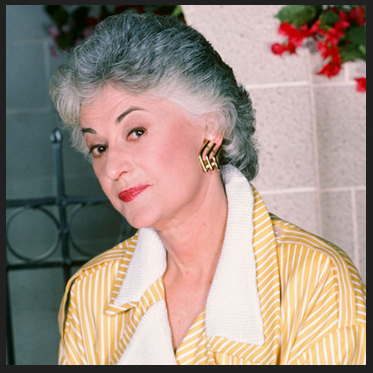 When a dramatic actor gets a chance to perform a comedic role, I hear that sometimes they get excited to do something different but their first instinct is to play up the comedy. In an interview with a comedy writer/producer recently, he explained that these actors need the insight that comedic acting/storytelling is not so different from the dramatic version: you don't play the joke. You play the emotion.

So, it's just like the acting they're already proficient with!

A “waka waka waka” is not going to help with comedy, then. Sorry, Fozzie! 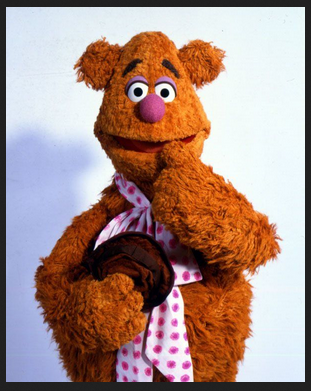 I guess it's the contrast of the serious, stoic type, or the cutting remark delivered in a deadpan way that works so well. A magic combination.

I do enjoy a silly character sometimes - or better, a character who's trying to be funny but failing. That can circle back around to becoming funny again. Not sure how that works, but it does (see Ricky Gervais in The Office, or Steve Carrell in his version of The Office.

But the serious types are vital. It can be the stodgy authority figure that gets outdone by comedic heroes, or the more heroic, fish-out-of-water serious Protagonist, surrounded by craziness.

The comically serious person is different from the “straight man” character I think - their seriousness is extreme, or at least extreme in comparison to the wackiness around them.

In life, when I try to be funny, I sometimes make it too clear I'm joking. I guess it's because feelings are so easily hurt it seems. It's why writing characters and comics is so enjoyable - THEY can do that stuff on the page. A Win-Win!

See you next time,

Mel Brooks has always said that playing things straight is always funnier than playing them as if you know it's a joke and you're landing it. Acting in comedy is harder than most people think, and it's very hard to make a joke land to the whole audience, or even most of the audience, without compromising what makes it funny in the first place. It takes a very special kind of actor to do comedy well.

Two of my favorites are The Cheap Detective which is complete deadpan, and The In-Laws (the original with Peter Falk and Alan Arkin). The former is a deadpan parody of Bogart and noire films, and the latter is just a normal guy (Arkin) getting swept up in a spiralling series of events that just get zanier and zanier as the movie goes on. No one really hams it up in either of these movies, and--like with the Zuckers/Abrahams movies that would follow a few years later--it's the deadpan reactions to the ridiculousness of everything that provides much of the comedy. I mean, what's not to love about homocide detectives finding corpses with a single bullet hole in their foreheads and frozen in the position they were last in (like the dead elevator attendent standing at attention, his finger still reaching out for a button), and the detectives state matter-of-factly, "Whoever does it shoots fast. Shot so fast, didn't have time to fall."

@Andreas - agreed! How can one not agree with Arnold? Comedy, just like drama or horror, comes from tension and conflict i suppose!

@PaulEberhardt - Absolutely. That's when things are funny: when the character is not seeing the humor. Leslie Nielson was brilliant at that in Naked Gun, Police Squad, Airplane, etc...

@bravo - I know I've heard the name; I'll have to look into Eve Arden's work!

The best comedies are always those where the characters don't realise that anything funny is happening. Any movie by the infamous ZAZ trio (Zucker, Abrahams, Zucker) is a prime example. All the characters act outrageously silly all the time while they guide us viewers through a barrage of slapstick and parodies, but it never gets old and the movie gets away with literally everything, because they make it look so damn natural; it's just the way the wacky world of the movie is and that's it.

Bea Arthur owes a lot to Eve Arden who was a true master of deadpan wisecracking going back into the 1930s. Our Miss Brooks has some comic gold.