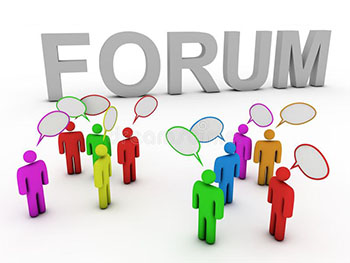 How often do you check the forums here at The Duck? We have exciting discussions floating around, and sometimes we should shine a spotlight on them. This week I wanted to share a thread that I think does a lot of great stuff for the community that, while it has slowed down a bit, still has a lot to offer the community.

The thread in question? “Redux: Did you just update? Tell us why someone should visit your comic. But ONLY AFTER commenting about the comic BEFORE yours. ^_^”

So, the title is a bit of a mouthful, but it's a pretty good summation of the idea. This is actually the second incarnation of the thread (if you're not familiar with a concept of a “redux”) that I had started in the early days of the Duck, back when the site was still really known as “Drunk Duck”. Despite some hiccups and a learning curve, it seemed to go well. OzoneOcean decided to reboot the thread, though, leading to the current incarnation that has spanned 217 pages of posts. That's a lot of activity!

As it stands now, the amount of people who have posted in the discussion has slowed to a crawl of months between posts which… really shouldn't be. I'd encourage everyone to post their updates in the thread this week and see if we can bump up this discussion a bit.

The process is simple, when you update your own comic, check the latest post in the thread and leave a comment about the prior poster's update and a link to your update. Then later, reap the reward as someone comments on your update. Keep the chain going.

I know I plan to be more active in that discussion. Who doesn't want some eyes on their work?

So, what do you think? Any threads in the forum you think deserve a little bump besides this one?

_________
Don’t forget you can now advertise on DrunkDuck for just $2 in whichever ad spot you like! The money goes straight into running the site. Want to know more? Click this link here! Or, if you want to help us keep the lights on you can sponsor us on Patreon. Every bit helps us!

I try to chime in from time to time in the forums with my two cents but in most cases I hardly get responses. It’s all good. I’ll just stick to community projects and donate art.

May I please have a link to the comment on the comic before yours thread? I have a hard time finding it ^^;