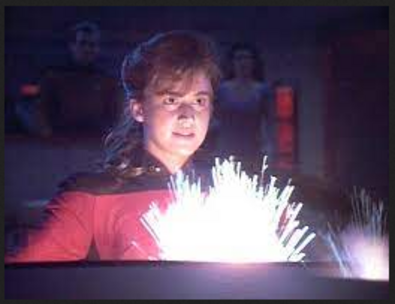 The Disaster Episode is a template that I noticed in the different Star Trek series from the 90's.

It's a neat way to separate a big cast of characters into different small groups. And when it's done well, it can be very powerful and show a different side to those characters.

I dubbed this kind of story “Disaster Episodes” based on the Star Trek the Next Generation show called “Disaster”. Some kind of space thing damages the ship. I want to say it was a “quantum filament” in the show…but that doesn't matter. The plot reason doesn't really matter. It should just give enough reason for the situation to make sense. I mean, the more believable and relevant to the world and story, the better it is of course. But it's not the most important thing in these stories. The isolation and struggle and character stuff is what matters.

It's a good show that splits up the crew and disables communication - the way it works out, the different groups put a main character into a fish out of water, uncomfortable situation: Stoic Captain Picard is uncomfortable with children but is trapped with three of them and injured, so has to learn to communicate with them, keep them calm, and tell them what needs to be done. Counsellor Troi ends up the senior officer on the bridge and is suddenly required to make life-or-death command decisions, and Klingon warrior Worf finds himself having to deliver a baby! There are a couple other groups/stories in the episode as well. 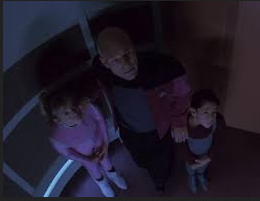 On Deep Space Nine, the episode “Starship Down” has the same template when the ship is damaged. Captain Sisko is injured badly and Kira has to talk to him and keep him occupied and conscious, Doctor Bashir is trapped with Dax in a section where oxygen is running out, and Quark is stuck with an alien merchant who hates him, and the two have to disable a torpedo before it explodes.

The theme of the episode has to do with people out of their comfort zones, and letting go of their preconceptions, and deepening friendships/understanding of each other. Because of the strong character and theme connections, I'd put this episode slightly above the Next Gen episode, as great as that one is.


Chief O'Brien was on the bridge for Disaster… 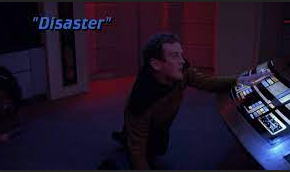 …and for Starship Down! 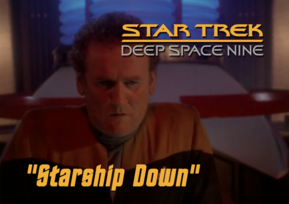 Should we be looking into this guy?


There are multiple Star Trek episodes, and other episodes from shows like 24 with this kind of story. The above are two standouts for me.

I'm not sure where this template started - I know there are classic disaster movies from the 1970's but I haven't seen much of them. Those were big movies, but ironically the ‘diaster’ TV episodes might be a result of wanting to save money. Existing sets, regular cast, and confined spaces are the order of the day for a lot of these types of shows. It saves money…but they can be truly powerful stories.

When they're done right they can deepen relationships, tell fish out of water stories, and illuminate characters greatly. 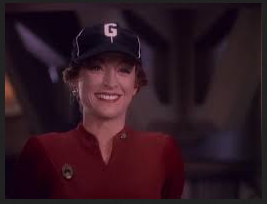 @Paul - yeah it can force unusual groups together which is cool!

These episodes are really memorable, also because they force characters of the main cast to interact who normally wouldn't have that much to do with each other in their normal work routines. And things like the unexpected one-night-stand between Tasha Yar and Data (I forgot the episode's title) are comedy gold. I've always liked O'Brien as a character who would always keep things down to earth - even in space. That's probably why he had to suffer.

@bravo - and I love Chief O'Brien! Yeah, they wanted to torture him once per season on DS9. In these particular shows, he's more a voice of reason (both times if memory serves!). I thought they went too far a couple times on DS9 with the 'torture O'Brien' stuff, like when they made him the butt of a joke a bit too much. Love the character though, and the actor. I could write a newspost on him, haha.

@KAM - True! The original series would have been well served with one of these episodes if they'd approached it more as an ensemble. And TNG could have replaced a couple of 'malfunctioning holodeck' episodes with this type of show, maybe...xD

@dpat - I forgot about the 'frere jacques' moment! Okay, I have to rewatch these!

@bravo - yep...the best kind of bottle episodes. It's not just existing sets, but ramping up the intensity and character development!

@ozone - they are! It's been a long time; I wanna revisit them!

I think you were more likely to get this type of episode on shows like NextGen & DS9 than Classic Trek because of the different way the cast was done. David Gerrold, talking about the differences between old the original Trek and the, then new, Next Gen. Star Trek had "the big three and the little four" while the new show would have "the big eight". So Classic Trek only had 3 characters who were guaranteed to appear in every episode, NextGen had to juggle 8 characters in every episode (plus guest stars), so episodes like this were a great opportunity to give everyone a chance to shine.

Yeah Troi had Ensign Ro in her face, telling her she was totes wrong and didn't know what the heck she was doing because she's not a *real* Starfleet officer. I had high hopes for a venting airlock solution there, but alas. Kirk vs. Picard memes note in Kirk's favor that at no point did he ever sing "Frère Jacques". Fun episodes.

They're called "bottle episodes". Take place in the bottle of the existing sets. And both make O'Brian suffer. Seems that's a trekkie meme.

Those are damn good episodes in the 90s franchise!