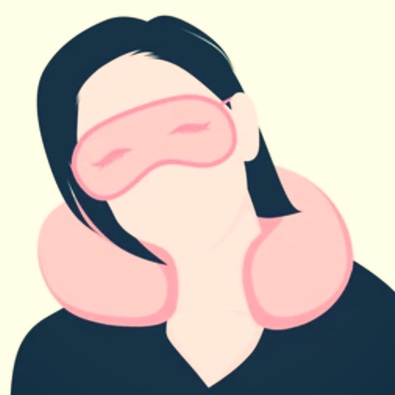 Ah, public transportation. A favorite bastion for random encounters with strangers from various walks of life.

In the early days of riding, a chance encounter on public transit would usually be drowned out using a variety of props: stereo-headphones; a pair of sunglasses; face mask; eye mask; inflatable neck pillow; or ear plugs/noise-canceling ear muffs. On the other hand, social interaction with strangers is less common these days, so the need to silence external conversations is less necessary.

I was sitting at a downtown bus stop during one recent outing when a stranger mumbling the most bizarre story about the Mississippi walked up to the bus stop and sat down on the bench next to me. (I could have played the game where I pretended to be invisible, or pretended that they were invisible) Instead of tapping my toes and staring at the ground, I looked right up at the mystifying storyteller, fully engaged, and I said, “Oh yeah? Tell me more.” I let the stranger talk and continue their story until their imagination was exhausted and there was no way in my mind that it could have been true.

I wish I could say my random interaction led to a tip that solved a fifteen year old cold case, but it was nowhere close. It did allow me to pass the boredom from the monotony of waiting at a bus stop in a sketchy area near the train tracks.

Weeks later, I was in a different part of downtown, same city. The sun was still rising and the only stragglers on the nearly empty streets were the people who could not find a place to stay the previous night. As I was making my final descent to the lower level metro station via the escalator, an unfamiliar face shouted out a compliment about my outfit from across the station. “Thank you!” I shouted back.

The best compliments are the ones given for free.

I really liked the way you told this story. It's a compelling story and involves us. It could have gone any of countless ways, and it was really skillfully conveyed here.

It must have been an epic RPG session.

Kind of makes you wonder…could this be a comic book tale they are telling? It very well could be. That goes to show, everyone have a tale to sing. But it’s who will listen to carry on such fables of the one time stranger. Even though you didn’t tell us the story the stranger told, the experience you felt is carried forth to this news feed.

I can relate a lot to this situation. I don't know why, but people I've encountered in my life, friends and strangers alike, always wanna tell me their story. Their triumphs and their crises and all that. I remember how I once was walking home with a guy from an RPG:session. It was past midnight and it was snowing. Suddenly the dude out of the blue decides to share with me, a guy he'd only met like twice, his troubled life story. Lot of anger and violence in that story. A situation of grave danger that escalated, but fortunately subsided and had him come to appreciate a life without blind outrage. Its funny the kind of tales you get to hear the times you least expect to hear one.