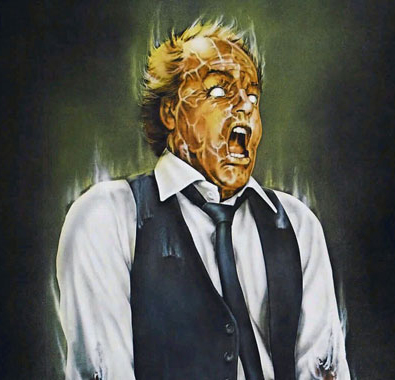 Comics and fiction in general has presented to us many fascinating concepts that has kept our imagination hungering for more. Whether it be time travel or magic or technology lightyears ahead of our current frame of comprehension. But one concept in particular that always gets me hungering for more, everytime I think about it, is the concept of psychic powers. The supernatural ability to influence and affect the physical and the metaphysical both with the power of your brain.

Telepathy; Reading and communicating with a persons mind. Telekinesis; making objects levitate off the ground. Pyrokinesis; altering temperatures to make things combust into flames. Remote Viewing; seeing locations, objects, people and/or events hidden from physical view and more, all with the will of the mind.

Superhero comics have this in plenty. Whether it be Charles Xavier using the brainwave amplifying device, the Cerebro, to detect every mutant and human in the world or Jean Grey using the force of her mind to stop a sniper bullet in mid-air from hitting its target.

But I feel like the mainstream have yet only scratched the surface of what psychic powers can do and, perhaps most interestingly, what it would be like to possess these powers. When I’m specifically looking for a movie out there in the wild world that really goes to town with the concept I turn to the king of body horror himself, David Cronenberg, and my favourite film of his, Scanners (1981).

The movie may be mostly remembered for it’s psychic-struggle-making head-go-splattery-boom-scene. But, although I have only seen the movie once so far, I feel like it really digs deep into the nature of psychic powers.

What they are and what they do. How much of a painful burden they are to the people possessing them. I mean, hey, hearing an endless, incomprehensible stream of other peoples thoughts rushing through one’s head non-stop. That would probably make anyone of us go a bit mental with a drill through the skull.

One of the more interesting parts is when the protagonist Cameron Vale cyberpathically hacks into a computer through a phone booth and downloads information directly into his mind. The explanation given here is that a computer has a nervous system just like a human body does. And what is telepathy if not a remote transmission/intervention happening within and through a neural system.

That’s really cool stuff! I really wish there could be more stuff out there that explores psychic powers like this. Stuff that explores the concept in general. It is definitely a dynamic concept that I intend to explore through my own creative works in the near future.

So what are your thoughts on psychic powers? Have you ever explored the power of the mind in your own creative works? Do you have any one or two particular psychic abilities as your favourites perhaps?

Let me know in the comments, or through telepathy, if we have any scanners among us on this site. Just don’t make my head explode, if you mind^^


- Banes is taking family leave for a little while.

I really liked how magic was handled in Bernard Cornwell's brilliant Warlord Trilogy (a historical retelling of Arthur through the eyes of one of his spearmen, Derfel). While accompanying Merlin, Derfel finds out that Merlin's magic is simple illusions and trickery. When he confronts Merlin about it, Merlin explains that the tricks work because it's by the gods' will that people fall for it. Therefore, the magic is that its the power of the gods that allows people to be fooled.

Star Trek actually has in its non-interference directive that Star Fleet personnel cannot pretend to be deities because they recognize that they often would by pre space flight societies who they would encounter. Perception. It's like stage magic, once you explain the trick the magic is gone, before then though, the flim-flam fools them all. James Randi- Flim-flam where he goes over claims of the paranormal.

Clarke was right. How science creates its magic with facts doesn't matter to the one seeing it, only the effects. I've touched on this in my comics. The materialism isn't seen only the "magic" it's all perception the same as I perceive any disagreement with my opinion as a personal attack. It's not a fact, only how it is seen. Basic psychology. Ever read the books where he proposed his law? Childhood's End was one. You can get past it like Kirk and Spock do in ST, but first there is the awe of something magical. The Falasnorians are very disappointed by your lack of faith in them. They insist it's magic even though it's technology because magic makes them more powerful in the eyes of others. Again perception is the key, not reality.

@bravo1102 "Remember Clarke's law that a sufficiently advanced technology is indistinguishable from magic." I think Clarke was wrong: on the one hand we have "science", which is materialist and deals only with "facts"; on the other hand we have religion, which deals mostly with morals and "values"; magic is somehow inbetween of the two, it's not just a different form of technology.

Remember Clarke's law that a sufficiently advanced technology is indistinguishable from magic. So an advanced enough technology could provide all the psychic powers through implants and genetic manipulation. That's behind several of my alien species including the Falasnorians. For all intents and appearances they appear psychic when it is in fact incredibly advanced technology built into their bodies that is indistinguishable from psychic powers and magic. In true Star Trek TOS fashion. ;)

Why can't ceremonial magic merely be a way to get in touch with preexisting but latent psychic powers. So over time a whole religious and occultist mystique builds up around what are at their core psychic powers? And then along comes science and the whole great belief system just becomes another tool and loses all its magic.

marcorossi, there are stories about them being confused. I recommend The Warlock in spite of Himself, and it's following books.

I only read like one volume of the Akira manga and never really managed to get in to it. I have played both of the Galerians games which I suspect were heavily inspired by Akira. Other video games involving psychic powers I've played is Psi Ops: The Mindgate Conspiracy, Psychonauts and Second Sight. That last one I really recommend playing, or watching the let's play of, if you wanna see one of the coolest storyline twists ever involving psychic powers.

I personally prefer magic :) But I LOVED the use of telepathy and psychic powers by Anne McCaffery in her talent series. And I think Joan D'Vinge had some nifty ones in her Psion series- but that was nore about genetic engineering and nanobots I think maybe...? Not sure. Anyway, both are amazing authors whatever they did.

An interesting sci-fi twist to psychic warfare is in Ghost in the Shell (and I'm sure a lot of other cyberpunk), where technologically enhanced brains are susceptible to outside tampering/hacking. So, although it's not "traditional" psychic manipulation, it is still manipulating a person's mind/imposing one's will onto another's brain. This sort of cyber-manipulation/hacking is actually a concern with bio-implants today (https://www.analyticsinsight.net/brainjacking-new-cyberthreat-targeting-brain-implants/).

Stephen King had a one-two punch of psychic classics with The Dead Zone and Firestarter, as well as kicking off his career with possibly the most famous psychic tale of Carrie. As Corruption pointed out, Akira is another great one.

I have some problem distinguishing psionics from magic. Some forms of magic were religious in nature (e.g. summon a spirit to do something), but other like the "evil eye" are similar to psionics IMHO, as they are like an extension of the will on the outside world: if I want to lift an arm, my arm lifts, if I want something bad to happen to you, well maybe if I want it a lot it will happen (evil eye). I think this harks back to some very istinctive conception, as all culture I know of have this kind of beliefs.

I had a concept way early in my universe toy box. The most powerful human telekinesis on earth. Powerful enough to stop a stars rotation. From earth. What I did was have demigods notice his potential and had him removed from earth, train him to help fight intergalactic wars for good. He is partnered with very powerful female alien telepath, who is just as powerful in reach and control of almost all telepathic abilities known in the universe. Those two are off world heroes that travels with demigods across the entire universe. Demigods are there to taxi them anywhere where god wants them to go, including the multiverse. Outside of those two, I only had one that I created for the HA universe called “Perception”. It scans and alter a person’s brain to believe what they want or should believe what they see in real time projected onto Perception itself. (Basically, the ability to view Perception as a familiar/non-familiar male or female from the person’s passed; Dead or not)

I did use telepathy in a short story called Psi Cola (available in my book Nothing And Other Stories), but I didn't "dig deep into the nature of psychic powers" with it. The problem with psychic powers is that they can be used in ways that are massively overpowered ("He can read any mind within a hundred miles!"), or kind of pathetic ("I sense deception.")

Ah, psychic powers. I can't help thinking about the anime movie Akira. Forpeople goingcrazy, I remember a Marvel comic where a major character had been locked up for hearing voices, but that was because they were telepathic. You know what happens to pretty people there. Now imagine if they started to broadcast the madness from the other patients, and their own experiances. One interesting power I have come across is postcognition, being able to sense things that happened in the past. Have any of you come across psychics using their powers to download copies of their memories and personalities into other psychics, making them mental clones? I am thinking like a hive mind sharing their experiances