When the Hero Is the Villain

A mustache-twirling villain is awesome fun! Someone who basks in their villainy and enjoys every bit of popping the toddler's balloon and kicking the occasional puppy while hatching evil plans.

These villains are the flamboyant main antagonist that makes the story interesting and fun, because we love to see how they are defeated. It's on such villains that Disney laid the foundation of its empire.

On the other hand, there are the antiheroes, the tortured souls, the ones that take up the mantle of the villain due to circumstance of some sort. They are nuanced, humanized, sympathetic or at least understandable and even admired.

And then there are the ones that don't realize that they are …well, the baddies. They believe they are the heroes of the story, the paragons of virtue, that they serve a higher purpose and are crowned in the glory of their righteousness. 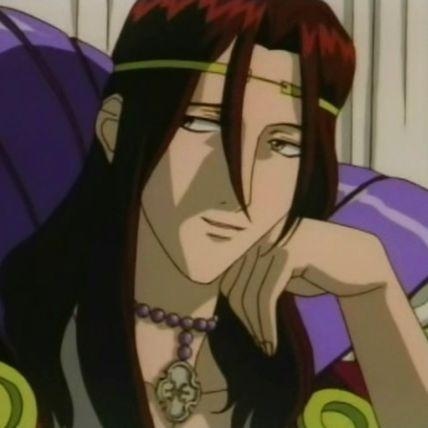 These guys will have a loyal following that doesn't consider themselves minions. They may be cult leaders, but they're likely to inhabit any leading spot as they have charisma, charm, and high levels of persuasion. They are so good at persuading people that they have also persuaded themselves that they are doing the right thing even if that is murder, or ethnic cleansing, or any range of toxic, messed up, or downright criminal things.

To write such a character can be tricky: they need to be sincere, not consciously manipulative, and yet very clearly willing to do shady things. The dissonance of those shady actions vs. the good rhetoric and self-concept can be rationalized though ye olde “end justifies the means” route, but there are also a lot more you can do in terms of mental gymnastics: the problem/enemy they deal with is far worse than the shady stuff they're doing to resolve it. The enemy isn't really human, they're vermin, they're criminals, they're monsters, they're vandals. The shady stuff isn't really shady, it's what everyone does. And so on.

But all of these are rationalizations. There will come a time when they realize they are, indeed, the baddies. How they react after that is entirely up to the character design. Some may be unable to handle it, and even end themselves.

Others may lean into it and become conscious villains.

It depends entirely on who they are when their delusion is shattered.

Have you had such a villain in your story?

Yes, there ARE a lot of things certain Western governments shouldn't have done and that everyone should be deeply ashamed of. Yes, that may have made some of the leaders in question unrealising villains. Still I think you can't compare them to, say, Hitler's ideas about "acquiring new habitats" or Soviet endeavours to "help the people of Czechoslovakia" in 1968 or Putin's idea of a unified Eurasia with Russia as its keeper of morals or many more, simply because of different levels of villainy. In all of these cases the regimes in question claimed (or claim) to act for the greater good and while nobody can ever say for sure how much of their own propaganda dictators genuinely believe, they've been known to delude themselves more and more the longer they stay in power. However, you can't criticise their actions without getting jailed, deported, gassed, shot, tortured, having your family threatened etc. (not necessarily in that order), nor use facts to do so.

"You know what I want? I want people to stop liberating me already. I want to live in capitalist servitude!" - This is an actual quote by someone who had fled to the West from Latvia in the 1970s and was drawn into a political discussion with some left-wing woman who wanted to rally against something I forgot. I can't convey the amount of emotion that was in these rather calmly spoken sentences, but a lot would be an understatement.

Love the discussion in the comments!

You see this country is a shining beacon of freedom to the world so if we conquer, we're doing it in YOUR BEST INTEREST because we care about you. How's that? That work? We're doing it for you not TO you. Smiles everyone as we liberate these oppressed people.

It's kind of like D-Day. The whole point is to convince the locals and the world that you're invading in the interest of the locals to liberate them. Like when the Soviets went into Eastern Europe in 1944 after driving the Nazis out of Russia. Liberate from the Nazis and put it all under Stalin. Then there's the garbage that Americans will proudly say that the US has never invaded another sovereign country and kept it, that they always leave and don't annex stuff. Well at least not since 1846, oh wait 1898 yeah since then...

One real life moment that was really poingnant for me in this regard was looking at the Ukraine war situation where the Russians are the agressors and the "baddies" and realising that exact situation was us (the USA and Australia and other countries), in Iraq, Afghanistan, and Vietnam. We were the badguys all along, even though we painting ourselves as heroes. I mean, I always knew those invasions were wrong and I was against Iraq and Afghanistan from the very beginning but I hadn't seen it in this context before... And I don't think many people from our side do even today.

I think of General Zod in Man of Steel (2013) and his quote from that movie "We could have built a new Krypton in this squalor, but you chose the humans over us. I exist only to protect Krypton. That is the sole purpose for which I was born. And every action I take, no matter how violent or how cruel, is for the greater good of my people." I like that version of Zod because from his standpoint he was carrying out evil acts for the greater good, namely the continued survival of the Kryptonian race. A very solid example of "the end justifies the means" type of villain.

Comic-wise, Noelle Stevenson's Nimona came to mind! Ballister Blackheart, up to no good. Or is he? A fun adventure. I saw it online but I won't link, 'cause piracy.

I agree Blackadder is a great one and it's great as how in each successive series he goes from villain trying to manipulate history to being a victim of history until-- well that would give away the plot of the last special.

Blackadder is my all time fave of these :D