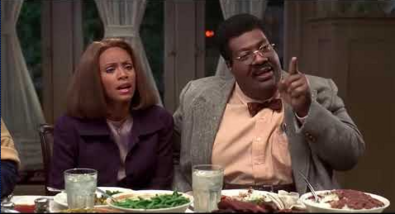 I had a topic in mind for this week, but didn't get to it early enough, and it turns out that it's a bit too ambitious to bring together in time for today.

Instead, I'll go for the low-hanging fruit and spew out a few thoughts on the Will Smith/Chris Rock thing that's all over the Internet right now.

Actually, there are so many facets that we could talk about as far as this story goes. Everything from principles of freedom to tell jokes, being offended, how to handle conflict and how not to, the psychology behind this kind of thing, the culture of celebrity…it's endless. Maybe I'll just give a few bullet points and hit as many of my thoughts on the matter as I can think of.


- Who's right and who's wrong? To me, Chris Rock was completely in the right and Will Smith completely in the wrong here. People could argue about the joke itself, and whether it was funny or not, or nasty or not, but it doesn't matter. There is a principle here, I think. Jokes…words and ideas…should not be countered with violence.


- From what I've seen, there is a small but significant number of people who are insisting this was a fake display, done to bolster the Oscar's ratings or people's careers or to generate attention and headlines. To my eye, this did not look fake at all. I mean, you never know I guess, but this looked like a genuine moment to me. I'm surprised how many people I've seen claiming it was fake.

Granted, I believed the Andy Kaufman/Jerry Lawler scrap was real on the Letterman show, until years later when it was revealed to be a big show. You never know. But I'd be very, VERY surprised if this turned out to be a put-on. 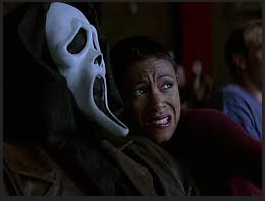 still not the smiths

I'm not married, but this just doesn't seem right to me. I mean, caring about and protecting your wife, of course! But in this kind of situation…? Married people, let me know - was his reaction the right thing to do on any level?

- Forgive me for playing psychologist, but this suggests to me that Will Smith is not happy. He is struggling I think. He's under pressure. I've heard some of the talk about his personal life and marriage since this incident. I have no idea about the truth of any of that. But to me, a contented or happy person probably doesn't have this kind of outburst. And for what it's worth (probably nothing), I wish him well.

- Chris Rock kept his composure amazingly well in that situation. He might be the only one who comes out of this looking good. He's a standup comic, so he's surely a pretty tough guy, emotionally. I don't know much about him either, but apparently he had a hard background. Maybe that allowed him to keep it together. 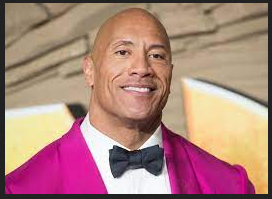 
- I'm blurting out my opinions on this, mostly because I have a Newspost to do. But of course, I don't know any of these people personally. I don't know their lives, the pressures they're under, or anything about them, really. I knew nothing about the Smith's marriage, the history between the Smiths and Rock, or Jada Pinkett Smith's condition. And I'm sounding off about this, and having a little fun with it - but I am remembering that these are human beings, dealing with things I have no clue about. No judgments. Well, maybe a bit. But just about this event. And this one event doesn't come close to defining a human being.


Anyway, I'm sick of myself. Time to go.

Take care and talk to you next week!

I said that instead of a knife or a gun because there is this, fantasy, that the common person is fast enough, cleaver enough, special enough to disarm them just like in the movies instead of the ugly reality a punch might not lay out a dude, the gun will go off before making their move or the knife wielder is quicker than thought. Explosives seem just seems to scare people.

I talked to somebody at work about this, I'm on Chris Rock's side here and say that words is like fictional violence and sex, meaningless in the grand scheme of things, the guy I was chatting with was like "he (Smith) was defending his woman, he (Rock) started it and it was right!" My response was, "Well, by that logic if a man is slugged for mouthing off, and that man in turn pulls out a grenade is in the right regardless." The guy started to backdown quickly, saying "two wrongs" and all of that.

I thought the joke was a cheap, unfunny shot, and Rock was being a total dickhead. But that doesn't justify the slap. Had it been a punch there would have been less question of assault. However, if they now team up for a buddy cop movie where they are constantly arguing and Rock ends up slapping/punching Smith I would not be surprised. (It could be written using the Banes Method.)

I thought the joke was amusing. Then again I'm old enough to know the movie he was referencing. ;-) If Jada is so sensitive about her alapecia maybe she should have worn a wig?

I always thought of Will Smith as a reasonable and intelligent guy. Seem like the guy who, if he had a grievance with someone over a thing like this, would simply wait til' the whole gala was over and maybe just have a serious word with Chris afterwards, and they'd part ways with no punches thrown and no dignity lost for either one. Guess maybe Will was having a bad week and just snapped here. Doesn't excuse what he did, but we all have bad days and sometimes we have days so bad we don't know where are minds are going anymore.

GI Jane 2 needs to become a reality after all this.

Agreed. Will Smith was clearly in the wrong, but what genuinely worries and disturbs me are the people saying he wasn't, that it's ok to attack a comedian on stage because a person is offended by a joke. What kind of world is this becoming where we can ratonalise away that sort of thing? My guess is that he was probably on drugs or drunk, it's exactly the kind of thing people with reduced inhibitions do, we've all seen this: some drunk idiot goes after someone saying "what did you say about me" or "stop looking at my wife" etc.

Brilliant cover image with what just happened, Banes! Yeah I totally agree with you. You can't just go around slapping people in the face. I'm surprised people would even side with Will Smith, Jada's attitude is toxic.

As a married person, I definitely don't think this would have gone down well with Mrs Scarf. I don't think she'd have counterslapped me for my troubles, but a look of quiet desperation would be the minimum return.