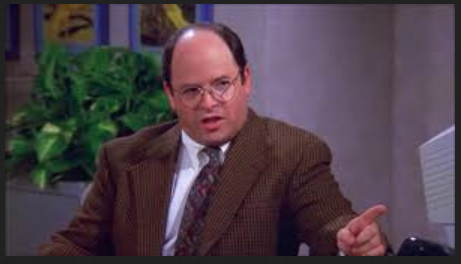 I don't wanna be remembered; I wanna be forgotten


MEMORY and MEMORY LOSS in FICTION

Playing with memory and memory loss is a handy device for fiction writers, from soap opera-type melodrama to exciting-but-thought-provoking stories like The Matrix, and in all kinds of stories betwixt and beyond.

Like any writer's tool or technique it can be used badly or well, with hackery or with great skill.

I remember in the first season of 24, when a major character needed to be taken out of the action for a stretch of time, she took a tumble and got temporary amnesia. This was season one and you gotta do what you gotta do, but it played pretty unbelievably and silly (and not in the way that the show was supposed to be unbelievable and silly).

Some of my favorite uses of this trope that, er, I can recall at the moment:

The Matrix, as I referenced above. Humanity is living a fairly normal, 15-minutes-in-the-future kind of life, before the main character learns that he, and everyone else, are living in a shared illusion. It's iconic and unforgettable (ah, I didn't realize what I was sayin'!). I've never seen the sequels…even before I heard the mixed reviews, there seemed no real point. The first movie is phenomenal (and was a phenomenon!)

Memento features a character with a condition that causes him to forget everything since his years-ago injury every few minutes. He's hunting a killer in a VERY noir thriller. There's a structure to the film that helps us share the Protagonist's confusion. The main action of the film plays backwards, with the last scene first. I don't know how well regarded it is these days, but I always found it super cool.

This premise was also used in the romantic comedy “50 first dates”, which I've never seen.

“And When the Sky Was Opened” from the original Twilight Zone series. An experimental spaceflight returns and one by one, the crewmembers disappear and are completely forgotten by everyone except one member of the crew. Nobody believes his story about the forgotten men. In the end, no answers are given, but it's damn chilling.

The movie Total Recall (the Arnold Swarzenegger version is the one to see, not the remake!) stars a character who becomes unaware of who he really is - a secret agent with false memories or a regular guy in a Matrix-style illusion with fake memories. It's a blast, and easily one of Arnold's best movies

In the 2000's version of Battlestar Galactica, the Cylons are robots that look completely human. They have infiltrated human society - and some of them actually believe they're human. The show plays a lot with erased memories and identity. Great sci fi stuff!

Stories involving amnesia and fake memories call to mind what I hear some metaphysical speakers talk about. They say we are cosmic entities having a physical experience. We are here to experience things, or learn things, or love and help each other…or all of the above. But our true nature and true memories are hidden from us during this experience.

Of course I have no idea whether this is true, but it's kind of awesome to think about. I hope I'm actually a secret agent!

Hmm…I guess if this IS true, I AM a secret agent, as are we all!

Remember me! Or don't; it's all good.

Thanks, you guys - it's true; memory manipulation/implanting is chilling for sure. I didn't even think of the comedic angle from movies like The Hangover, either. Much appreciated food for thought, you all!

Forgot to mention: the students in question are 16-18 years old. Not the kind, normally, to take much crap from grown-ups any more. That's what makes it so eerie. This same suggestion trick also works rather too well for comfort with grown-ups I met on a party the night before (on whom I used to play it for laughs and giggles at an earlier stage of my life).

In a class it might be easier to do this than elsewhere, because as a teacher I'm a person with some authority and apart from manipulating them into remembering a dog that isn't there I can also rely on the peer pressure that automatically sets in. Still, it's unsettling how well it works, as they invariably find out when I tell them. Dang it, it secretly unsettles me too, every time. May I add: afterwards, those select few who dared tell me to my face that there is in fact no dog get a reward like no English homework for one afternoon. I think that's just fair, because it takes the same kind of courage you'd also need to stand up against populists and dictators.

The thing that most scares me about mental manipulation is how easy it is. Here's a little experiment I sometimes do with my students in English lessons e.g. as a warm-up for a story about brainwashing or why eyewitnesses are unreliable: I show them a picture of, say, a busy street for no more than ten seconds and then have them describe it from memory in as much detail as possible. After a while I'll say: "Good job, but what about the dog?" Of course there really was no dog in this picture, but I keep insisting there was, and when some student names a detail ("Was it a little black dog?") I'll confirm it or add one of my own. It hardly ever takes more than two minutes to convince at least 75% of the class so much that they remember the little black dog with perfect clarity, while only a very few strong-willed ones are able to resist the brainwashing. It has to be a relatively minor detail for it to work, initially, but you can gradually add more and more BS while the farce goes on.

My first thought went to the time when The Bourne Identity was out - which I enjoyed watching a lot - and how it seemed to me that whatever new book I picked up suddenly was a thriller whose main character had lost his memory, like Ken Follett's Code to Zero - which I also enjoyed. It possibly wasn't really that way, anyway (a freak of memory?) but ever since I've been torn between being bored at the same story being told over and over again and the undying fascination at this spooky if not outright surreal experience these characters are going through and what a cool way it actually is of letting a web of backstory and intrigues gradually unfold. I'm told that any of this is not really the way amnesia works with real-life patients, but what the heck. Also, there remains the question why memory loss caused by hard partying is funny (Hangover / Dude, Where's My Car?) and CIA-induced memory deletion is not. Think about it: it should be the other way round, because the first is real.

@marcorossi, I think you mean first season of the series (stand alone complex). The smiley man did that. The movie looked at where you draw the line between human and machine when humans start to become so integrated with machines, and machines become ever more humanish.

The total recall movie has a twist most people do not realize. His memories seem to start to come back after he goes to get some memories implanted. However, just before it is, the technician says "Blue skies over mars" That his how the movie ends. This implies the entire adventure was all an implanted memory he payed to experience.

Check out the Guðmundur and Geirfinnur case for some real life memory implantation. Memory manipulation is scary af.

In Ghost in the Shell (the first movie), the Master of puppetts uses peoples by manipulating their memory, that is then used to imply that we are our memories, not our bodies.

You fool, now you must be silenced forever, lest you recall that which must not be recalled. *scribbles story notes*