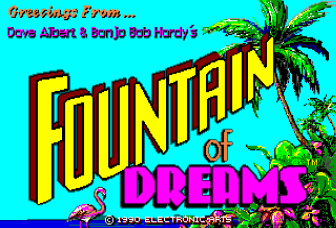 Been dragging my feet writing this Sunday article - among many other things - as I’ve been hit by this latest compulsive obsession of mine to keep rearranging my Youtube library to perfectly push out the distracting vestiges of my past internet media consumption, in order to become more focused in my comic creations. The idea is to isolate and minimize, condensing it all down to things I enjoy outside of the internet and things I find reflective of where my worldbuilding lies right now.

For a couple of examples. I’ve recently started to play a tactical boardgame I’ve bought recently called Neuroshima Hex. It’s not really meant to be a game for solo players - I’ve played it with a friend once so far – but I’ve played it solo one time, army against army rather then player against player, and I had a great time, so I’ve bought all of the army expansions for it real cheap. So because I enjoy playing Neuroshima Hex in real life, I then subscribed to a YT channel about playing and enjoying Neuroshima Hex.

I’ve also gotten into another boardgame called Hive that I’ve played solo – also enjoying it – and I’ve then subscribed to a channel that teaches you how to play hive like a pro and even features Hive championships that are played online via a TTG-simulator (well, I think that’s pretty awesome anyway). Anyway, this maddening search led me to discover the existence of a top-down scrolling role-playing DOS-game from 1990 called Fountain of Dreams.

It was developed and published by Electronic Arts and was both intended and marketed as a sequel to the critically acclaimed Open-world post-apocalyptic RPG Wasteland, which was made by the same developing team that would go on to create the first game of the popular, post-apocalyptic RPG-franchise Fallout.

Fountain of Dreams however did not have any of the staff that worked on Wasteland involved in its making and was also a LOT less financially successful and a LOT less liked by fans and critics. EA has since 2003 gone back on it being a sequel to Wasteland and it has pretty much fallen into complete obscurity. The game is like Wasteland set in a Post-Apocalyptic US, but this time relegated to the state of Florida, which according to the games premise has been completely severed from the US mainland due the earthquakes caused by atomic bombing.

Florida – now an isolated island – and its inhabitants are living under the threat of rampaging mutation caused by the residuals of ionizing radiation. You play a small band of travelling adventurers who set out to find the purifying waters of the legendary “Fountain of Dreams” to stop the spread of mutation. Now, I’ve never played this game or even heard of it til’ now, but I now have a playlist of let’s plays of the game that fittingly comes with some jazz music – which adds to the weird atmosphere of the game and to my love of jazz.

Hell, I don’t even like RPG:s, but I might play this game one day maybe – if I can get it working on my modern laptop that is – but more then anything watching these let’s plays of the game and listening to the old jazz and the early 1900’s audio bits edited into them is getting me into what I like to call the right jazz. It has given me a spike of focused inspiration for my comics - the game’s premise being so similar to the premise of the setting my webcomic universe takes place in – what the environment should look like, the atmosphere and the style of the culture and everyday life of Altarctica.

I imagine it being a sort of climatically temperate, and at the same time warped, version of Florida with a dash of Louisiana’s New Orleans thrown into it, with mossy beaches, tree-sized mushrooms instead of palm-trees and murky, but also colorful skies. Tourist cards and stamps with Post-mutant creatures instead of flamingos and lots of Lewis Caroll-esque jazzy stuff spread around the place. Feeling my comics as if they are what I get from these let’s plays of this game is putting me in that self-contained, chamberlike mind space of inspiration that I need to keep going with my comics as they are and as they always ought to be.

What we consume and take in from media and from our surroundings everyday affect how we think and where are priorities go. At least so is the case for me, I take in everything that is going on like a sponge out in the open with no repellents in stock or store and it throws me off a lot more times then I’d like. And this is what I consider my wash, my drier and home cupboard. What gets me into the right jazz, baby!

Your thoughts? What gets you into the right jazz of things that you do, creative or otherwise?

Comments down below. Doing my best to make it chipper this time and forward. It’s the holiday season coming up after all. And no matter what happens over at Twitter I’m sure we can still have a good time with or without it over here😉

@PaulEverhardt - that is a spot on quote and I need to remember it for all time👍 @Ozoneocean - Old stuff that is familiar, or new to me personally, are the stuff of inspiration for everything I create in all honesty. @marcorossi - I think the covid-19 isolation of 2020 has already driven me mad enough as it is to enjoy the game like that🥴

Is Hive that game with the hexagonal bugs where you have tu surround the opponent's queen? How can you play it solo without going mad?

I look at my old stuff and can catalogue a million influences writ large on the page. I can see that this bit came from there and that came from here and son on, all influenced by stuff I used to be into when I was a kid or that I was watching or reading at the time. My current stuff is very different- it doesn't take on current influences very often if at all, it's stuck with the same few fave older influences. I'm not against that or think it's bad or good, it's just a change.

More or less the same with me. I forgot who said: "Keep an open mind, but not so open that your brain falls out." but that pretty much describes the one guideline behind my reading and internet abuse habits. I found there is hardly ever such a thing as wasted time, unless you truly force it by doing the same repetitive thing over and over again.