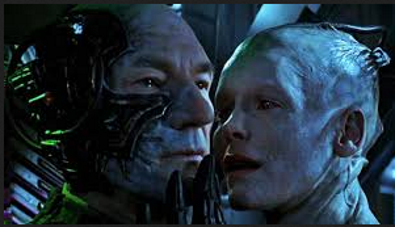 I watched and enjoyed this year's horror movie “Barbarian” awhile back. It starts off as the first AirBnB horror movie - or the first one I've seen, anyway.

It occurred to me that back when cell phones grew into common usage I wondered how horror fiction would deal with that development. A staple of the scary classics I grew up with was the isolation factor. In fact, isolation is a big part of most horror, in one way or another. If we're all carrying phones everywhere we go, we can always call someone for help, I thought. It seemed like horror stories would either have to separate characters from their phones, or the devices would have to somehow not be functional.

I thought it would become repetitive and eye-rolling to always have to get rid of people's phones - of course it's never really been a problem as far as I can tell.

The easy solutions, like batteries running out, devices dropped, or no reception have all been used, and for me, it works fine as an obstacle. But I think what I like better is when the phones work, but it doesn't help. Or advancing technology actually CAUSES or ADDS to the horror-character's problems.

Sure, we can go anywhere with our phones - but so can the sinister strangers who are stalking us!

It's even more interesting with social media: regular people now have the exposure of celebrities, just without the money to protect ourselves from scary types who mean us harm. Just like celebrity writer Paul Sheldon in MISERY, now we can ALL have stalkers and peepers who are watching us without our knowledge. And the profiles we see online could be fake, and hiding who-knows-what. Like maybe an actual evil, superintelligent Catfish!

Not only was my younger self wrong about technology solving horror-problems too easily - sometimes new technology is created in fiction to create horrendous havoc for unsuspecting horror heroes. Starships in ALIEN and EVENT HORIZON and Stephen King's THE JAUNT only opened new horrific doorways for us to go through - and to let awful things come out.

Horror will never be conquered by technology - the dark corners of human (or superhuman) nature is always with us…and isolation may take different forms, but it's always potentially there as well.

What have been the scariest uses of technology you've read or seen?

This is the last of my horror/Halloween posts for this year.

See you next week! 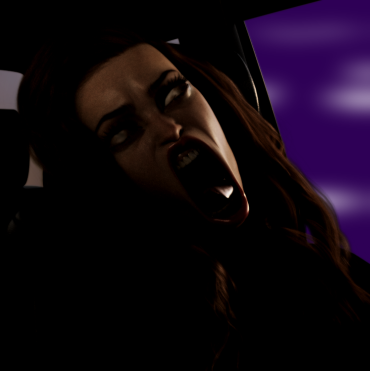 Horror + scifi are my 2 favorite generes, and mixing them only makes them better. >D Give me more Blindsight & Soma, more Akira, Blame! and Prey. I think i talked about it before but nothing scares me more than horror based in science. Really drives the fear of the universe into you to realize that your entire consciousness is just a string of neurons and hormones. How very easily your perception, your entire personality, your body, your very personhood can be altered with a bit of bio engneering or an uplink to the cybernet.. Oh and ahem, SPEAKING OF HORROR AND TECHNOLOGY, Signalis (https://www.youtube.com/watch?v=4KFiOp2o4L8) released just now and yeah, it's a horror + scifi game. That i will plug & push any chance i get because, dammit, people need to play this. Because i neeeeed more like it. Inject it into my neurons aaaaaaaaa

@Andreas_Helixfinger- it spawned three sequels though each using different s exploitation trope. The first movie used the exterior set from Hogan's Heroes that was scheduled for demolition. There are a few made in Europe that were near documentary in style with the attention to detail. Of course more recent Nazi experiment movies have moved into the realm of fantasy, science fiction using the mythology invented postwar by Nazi sympathizers.

@bravo1102 - I know I've seen one of those Nazi exploatation movies. Ilsa, She Wolf of the SS (1975). The main antagonist Ilsa being loosely based off of Ilse Koch, the historically sadistic female overseer of the Nazi concentration camps.

A bonus effect in the scary department is that these surgical procedures makes the Oro cultists look like absolutely horrific monsters. Twisted, alien husks of humanity lurking in the shadows and haunting every mind their otherworldly sound infects.

I just remembered my favourite horror video game franchise Condemned. In those games you have an evil cult who's members uses strange, surgical procedures, sticking metal pieces into their bodies and attaching these weird devices onto their jaws, that are used to amplify this sound they project from their unique vocal cords that turns people with violent tendencies into murderous berserkers. No occult rituals, no evil lovecraftian god to be raised from the outer dimensions, just weird, rough surgical procedures with metal pieces that awakens a corrupting power that lies dormant within people born with these special vocal cords, that isn't - at least not in the first game - sci-fi, just psychological horror with body modifications and avnormal anatomy, which in of themselves have been a real thing for quite some time.

Duel is something I just refer to as neo or post western. Not something people would put in that category, but I think in its essence it's the same, just instead of horses and guns, they have cars. Scariest use of technology? hm... I'd probably go with Cronenberg's The Fly or even Crash from 1996. Cronenberg loved to get nasty with tech and sometimes even got creative with his sex scenes.

My examples aren't all that good now, but I've always thought that horror can adapt better to technological change than practically every other genre.

I was thinking of car horror like Duel, Christine and Maximum Overdrive right away, although there is a progression of silliness in this list of examples. Duel would be something between boring and ridiculous if it wasn't filmed with the great skill Steven Spielberg had even back then. Christine is really a satire and not much else, if you ask me. Maximum Overdrive is actually fun, sometimes even on purpose. Good music, though. (I've never been that much into Steven King anyway.) SciFi horror works better than it has any right to. I remember being scared by Event Horizon long ago, and normally that wouldn't count because back in the 90s my friends and I were teenagers who fooled ticket vendors into believing we were old enough and consequently a lot of things would scare us, but I watched it again not too long ago, and instead of wondering how I could ever think any of it scary, as I usually do, I could appreciate it as a really skilfully made film with good pacing and atmosphere.

Anyone remember the Nazi exploitation movies of the 1970s? They were all real documented experimental work. The various gland and serum horror movies of the 1930s-50s? All based on real ongoing work. I was surprised to find surprisingly modern explanations of genetics in a 1940s movie only later to discover that it was real cutting edge contemporary work of the period! No sci-fi required but a "what-if" unintended consequence. I have a few of my own ideas among my outlines based on plausible but probably impossible results from current research.

The technology in a horror film doesn't have to have any sci-fi elements but merely just another horrific use of what exists. The two headed transplant movies weren't sci-fi when made. It was all surgically possible and had been performed. Much of Crichton and Outer Limits was just beyond the cutting edge and quite within the realm of the plausible even if later shown to be impossible. No faster than light drive fantasies but something that is actually being worked on but the law of unintended consequences strikes in a horrific manner.

@marcorossi: Jekyll is a Celtic name meaning "generous lord" It is a real name not a "francesism"

Horror was very linked to sci-fi in the past: Frankenstein, Dr. Jekill[1], and most Lovecraftian stuff is between horror and sci-fi. Sci-fi is not the same of technology but it is close to it. I'd say that horror, sci-fi and fantasy are three heads of the same beast. [1] is Jekill a francesism for "I kill"? [Je - kill] It's the first time I notice this.

Think about how much Jurassic Park borrowed from slasher films. But it's not Jason, it's a raptor.

One of overnight security jobs was in a senior residence with a library that had all the Michael Crichton novels so I had plenty of time to read them all. He was a master of the techno-thriller and a few really chilled your blood. The one with the nano technology freaked me out. Coma is also a classic. The movies barely do them justice even though he wrote a lot of the screenplays. Many times it wasn't the actual narrative that was so scary but the implications of what was going on. The meaning was more frightful than the actual happening.

The scariest I think I've seen so far is a YT video where a Idollotron designer asked his, not fully assembled, but fully active and automated, robotic doll woman "Will you destroy all humans?" Short pause to digest the info and then she responded "Okay. I will destroy all humans." He laughed at it awkwardly, but I was sitting there in front of my laptop thinking "Oh, god! It's coming"😱😱😱

One of the more cerebral aspects of horror has always been loss of agency, and oh boy, does technology deliver on that...

And what if it is the fate of all AI to go insane? That there is no way an artificial intelligence can be programmed to avoid all the dark recesses of intelligence that organic minds can somehow balance?

Bio-tech. Fusing living tissue with AI to create something even more sinister? Giant Organic Optical Brain perhaps? Really like transformation of people using technology whether it's something sort of phage virus or complex apparatus. Who needs complex automated synthetic things when people are so plentiful and easily transformed?