Meet the Hero in Stasis 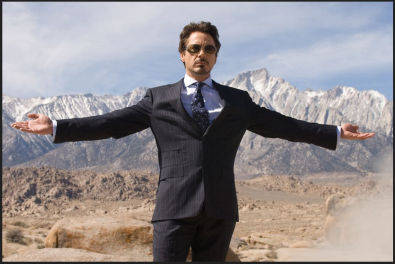 Tony Stark is glib, arrogant, and a war profiteer. And the perfect Protagonist.

I don't believe stories should be written strictly according to formulas - but writing according to structures that have been established can be helpful to a script when needed.

With that disclaimer out of the way, let's talk about introducing a Protagonist!

In the beginning of a traditional story arc, for a standalone story or a series, we meet our Protagonist in a state of stasis. What this means is, the hero or heroine is a bit stuck in life. They might be a regular, average person. They might be an extraordinary person. But they are struggling in some way. They're spinning their wheels, whether they know it or not.

In Groundhog Day, Phil Connors is successful, but quite arrogant and disconnected, and full of himself.

In the 40 Year-Old Virgin, Andy is a child in an adult's body.

In Midnight Run, Jack Walsh is cynical and bitter and, though gifted as a bounty hunter, is definitely stuck in a rut.

One way to establish the “before” picture of the Protagonist (that is, before the story will enable them to change into their better self) is to see them at home, at work, and at play. A scene of where and how they operate at work, how they relax, and what their homelife looks like is a shortcut to showing the readers/viewers what this person is all about when the story begins.

Who's your favorite Protagonist?

Some of mine are the ones I've listed. Tony Stark is fantastic…though i might give the edge to Jack Walsh from Midnight Run, because that movie is not as well remembered as it should be, and it's one of my all time faves.

It is important to note that any kind of character like Tony Stark must be handled well, or else you get to the point where Marvel did -- they had ruined the character so thoroughly in the comics that it was only the reinvention of the movies that made him even usable again for a brief time. Characters don't have to be necessarily significantly flawed or incomplete, any more than anyone else, but they should be interesting, they should be fun to watch develop as a person, and their story should be anything we care about or want to see. It's easy to misstep and just add a bunch of flaws or bad qualities. Everyone wants to write the funny asshole, but most of the time they're not funny enough and just end up being an asshole.

One of mine is Matthew McConaughey as Dirk Pitt in Sahara (I like billions of protagonists but this one just came to mind). He's already a bit of a cliche action hero type but not actually an action hero... It's the events that force him to be one and show us what he can do. Dirk Pit has such a stupid name, it reminds me of my Ace Kinkaid character and he's such a classic cliche -without being tongue in cheek at all or winking at the audience, it's plays and executed perfectly straight. I love that.

I think that the difficult part in this kind of structure is that, if the idea is that the hero has to evolve, s/he must be characterized by some defect; owever on the other hand readers will not easily root for someone who is mostly a bad person, so there is some balance to strike. In some sense, the readers have to see the protagonist from the outside (to see his/her defects), but also have to see the world from the eyes of the protagonist, to build emotional response.

Thinking about it... I'm not sure i have many favorite protagonists. I usually find myself ruling more for the villains, ha. If anything anti-heroes are where it's at. I like a character that sticks to his own moral code, the true neutral types. Geralt from Witcher might be an example. Characters that prefer to stay out of other people's affairs, only when comes push to shove, they will pick a side. Peferably wichever side seems like the most sane.