our world as we know it 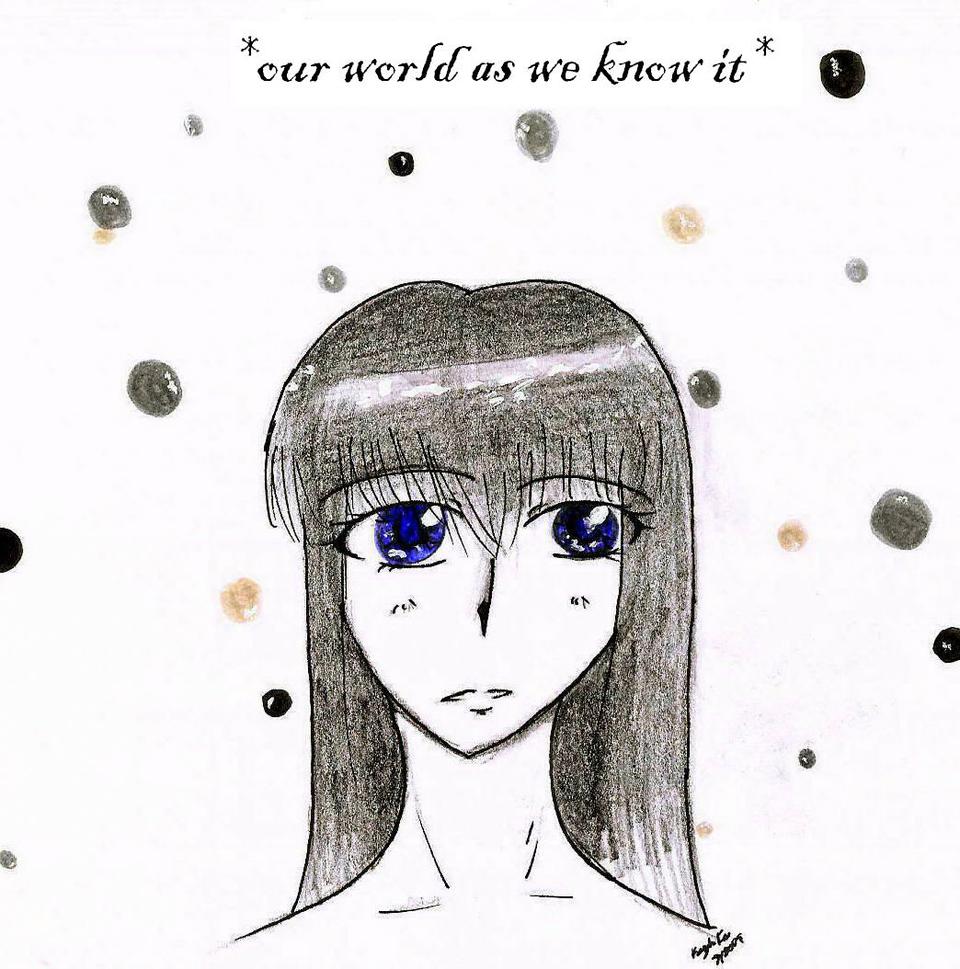 *our world as we know it* cover

Whoo, my first official comic cover.
This is the heroine. Her name is tentative, and my be changed before actual manga pages are uploaded (same with the other characters). And just for the future, this comic is in manga style, so read it right to left (http://www.geocities.com/c.lankshear/NRC_clip_image002.jpg).
The scanner killed the picture, and my screen's going haywire…and I have a lot of crap to do…*sigh* so you see, I won't be updating a lot in a month, especially when school starts again. -.- I'll try to get a few pages up before school starts. It'll be crap since this is my first time in all…that and I want to get Manga Studio Debut 4 so it will make my life easier. I will eventually do profile pages on here sometime…
Until next time…

EDIT: My screen is now better (for the time being), and I found out that the title and cover page's text were…weird. So I uploaded new title and cover. :)