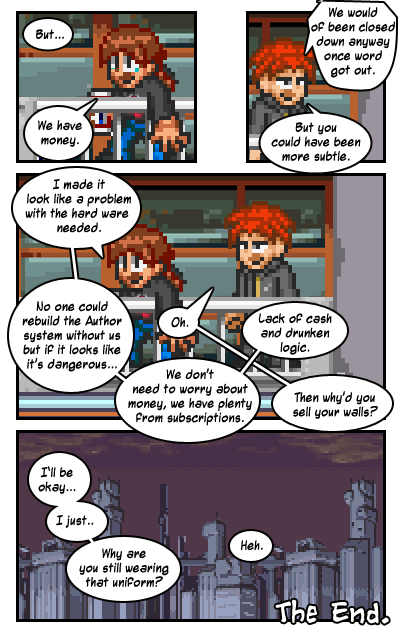 Well that's the end of the story, to those of you not in the know I started this sprite comic to work out the basics of a manga series(with allot of differences but still) I'm not going to start on the manga version for awhile though since I've got Clockwork, which you'll like if you enjoy my story telling, and The Darker Comic , which you'll like if you enjoyed my humor, anyway… I may put up an Image tomorrow.

I'll look at both, since I liked both.