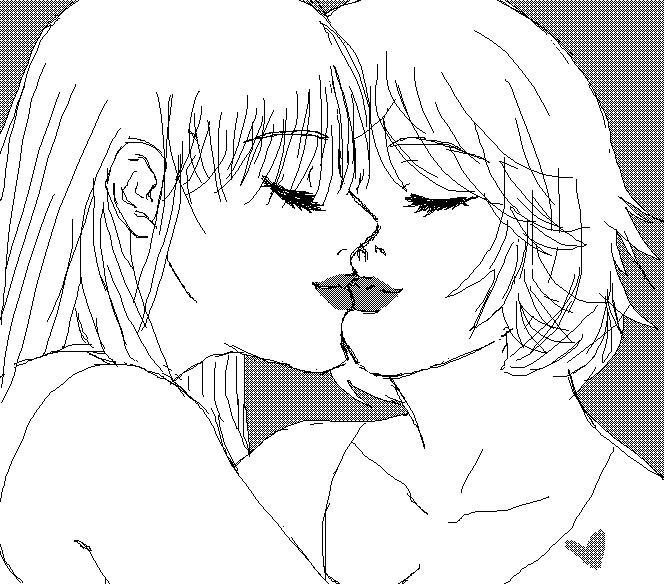 The first fanart we recieved for SS was done by the very talented SadTakara who made the comic that inspired me to start SS in the first place. It's always hard copying somone else's style but when she did this for me way back at the beginning she actually drew Janey better than I could! FRICTION was the comic of hers that first inspired me and is well worth reading for what she did put out on that. Her later comic venture BLUE has some really stunning artwork and is also well worth looking at although to date I think she put the comic aside. A great comic artist though and her art has never failed to inspire me with my own comic efforts.

I love this black and white style!

Wow Patricia is so talented.

are those screen tones??

yay fanart! love the angle she chose, making the eyes and lips make it seem like they are one face, only separated by a line. also, nice selection with the entire image making the heart-like shape, if a bit skewed by normal fleshy beings not able to get total symetry, but that is ok! fake humans aren't any fun.

Super Pic... Thanx for posting and Thanx to Takara for doing it.