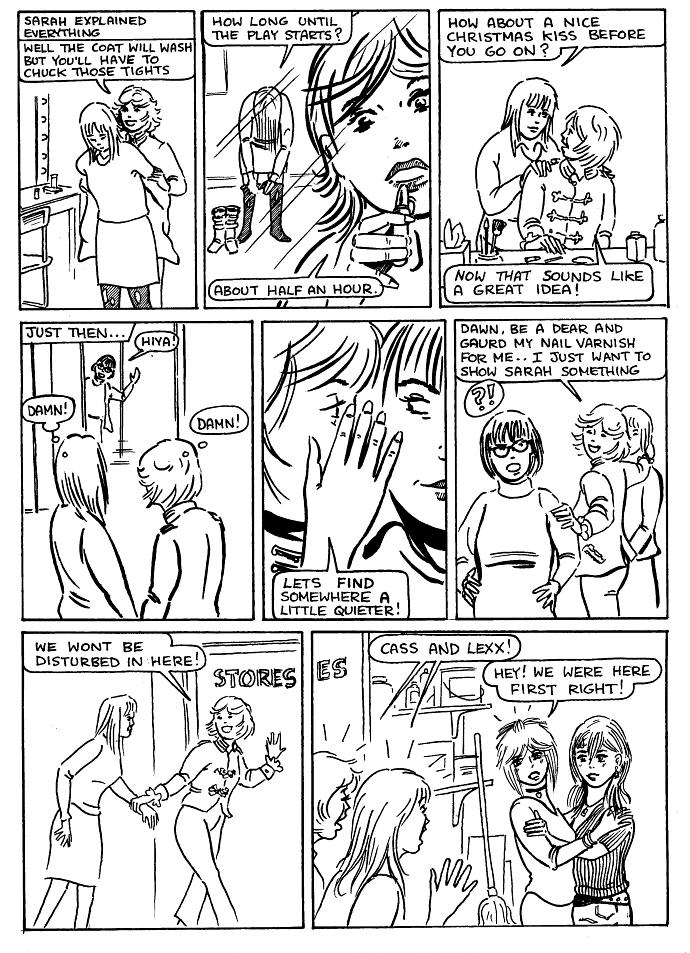 Message to Takara : Please take Cass and Lexx out of storage cos I miss them!!!!
Another page tomorrow :)

Cass and Lexx are characters in 'Friction' Ellee, a lovely DD comic on here by SadTakara

We got a crossover episode awesome!

HAHAH yay. I was wondering where they went. xD

Excellent job as to be expected!

So that's where they've been all this time! xD

Oh~ I forgot what comic I was reading when I saw those two. That was confusing, but funny :D

ROTFLMAO! You are so clever.

Oh god.. Im laughing. You've cheered me up with that. I really didn't think anybody missed me or cass and lexy. Im drawing two pages right now! Thanks sarah! :3

Ah it's Cass and Lexx! Cuteness! Hehe that made this this page even more awesome... can I give a 6??? Love Janey and Sarah too much!

I agree! Bring back Cass and Lex!

Making out in a closet, how... appropriate. This is quite entertaining.

I shall never again pass a broom cupboard without wondering ...!