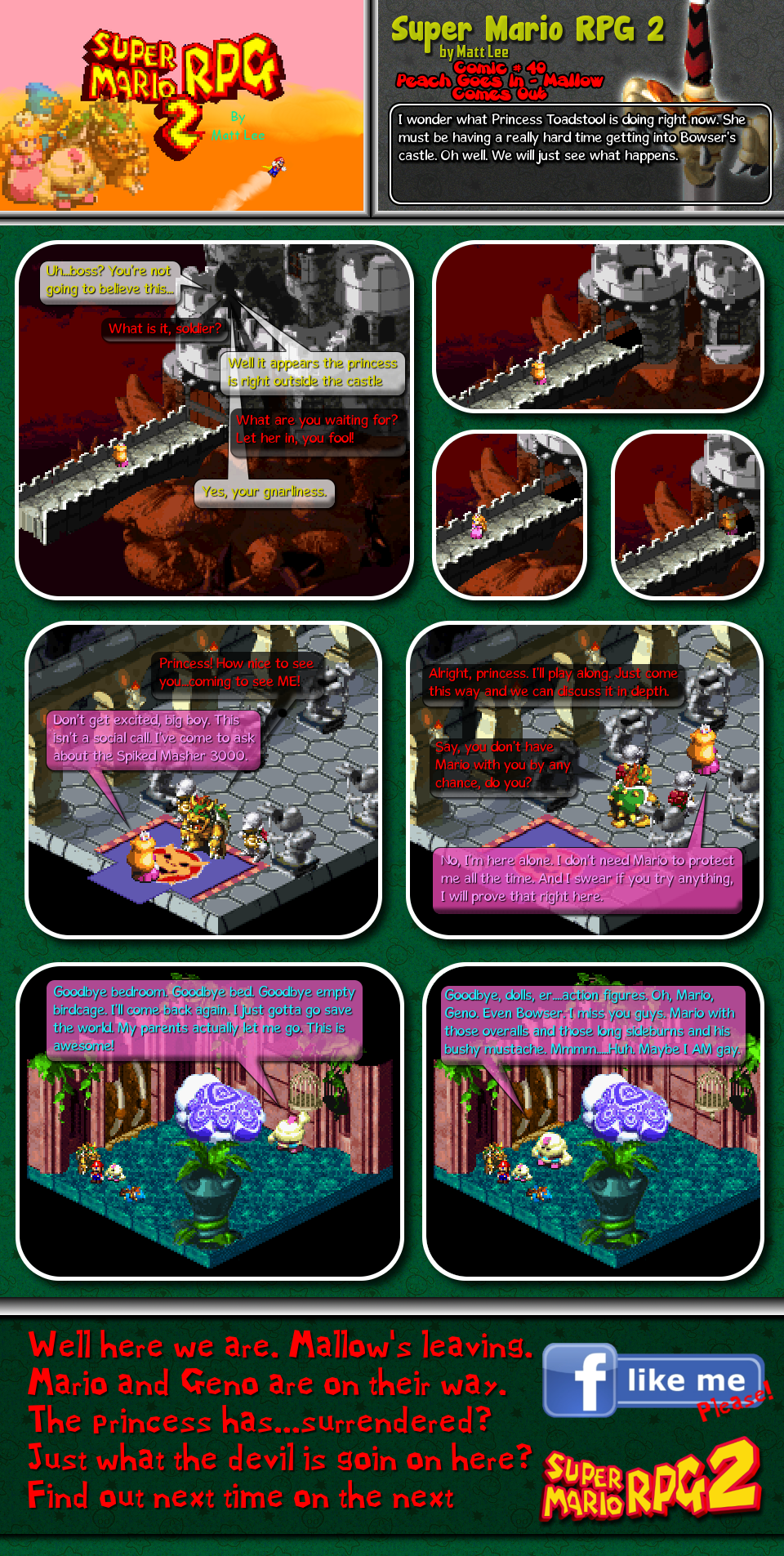 Well technically it's still Wednesday where I am. So I'm still on time. Anyway, I had a little trouble writing for this one near the end. I'll make up for it next week. I won't promise but I'll certainly try to do so.
So it's becoming increasingly apparent in the last two comics that I'm going to make Mallow gay. It's not set in stone or anything. You can change it with enough comments. I mean I don't have a whole lot of gay jokes to use but I still think it would make a lot of sense and would be funny. Tell me what you think, please!