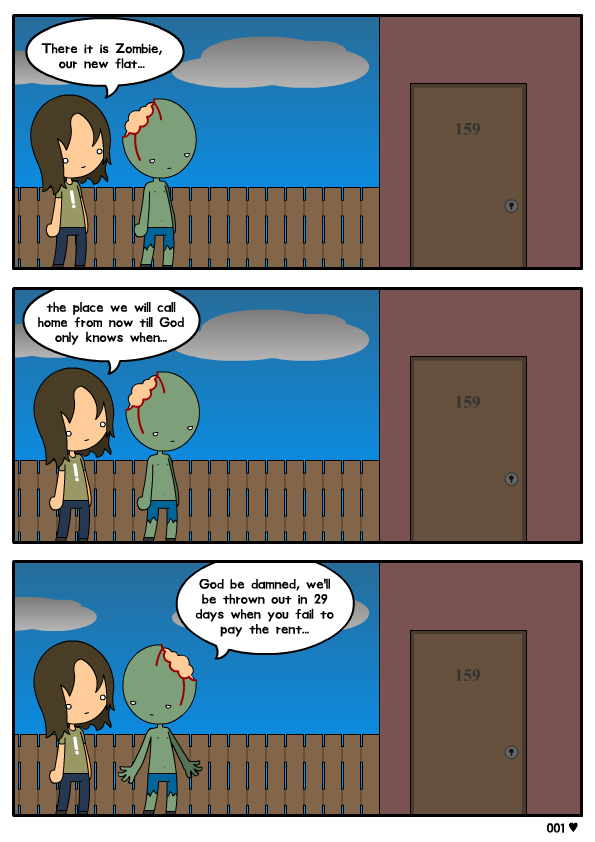 Originally I was gonna use slightly blurred photos of real life locations for backgrounds for the comic but after finding floors in that idea (try getting a guy sitting on a blurred sofa to look right…it isn't easy) I thought “screw it Timothy ‘kick ass’ Johnson! Your gonna draw the backgrounds!” and wehay, it dosen't look TOO bad!

Just to explain to newbies, Timbo's friend and house mate is a Zombie…called Zombie…from…well…the grave yard. There was never a back story on why he's a zombie other than the fact every web comic has some kind of weird character be it ninja, robot, or something else, so I went for Zombie! :-D

@megagregar98: Who knows, it may grow on you, I'm still toying with story direction and what new characters will be added and what old ones will be dropped, the first few comics should set the scene so I'd recommend holding the judgment for a few strips :-)

I liked the other one better.