traveling with a sibling 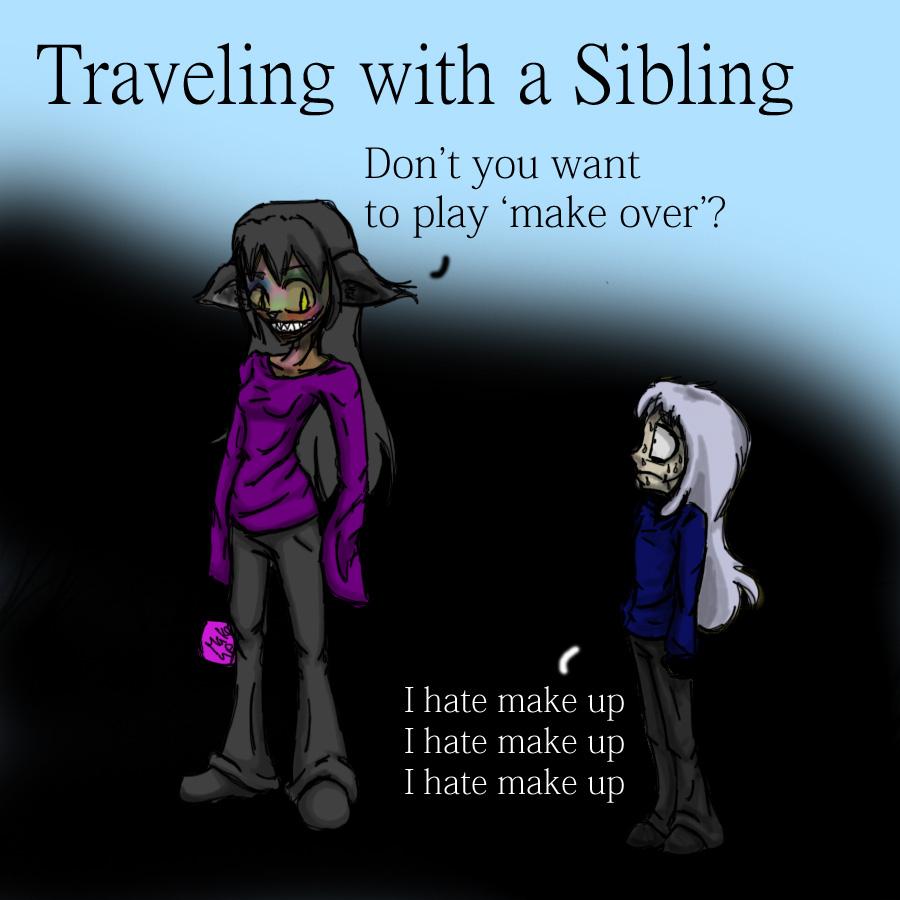 I was glancing at my old comics, and realized that people used to actually comment on some of my crappy artwork! So I felt like updating this, so that that random Christmas crap wasn't the last you'd see. I probably won't update this again- I may have a spur of the moment update, like this one, but… yeah. I AM currently keeping my new comic, Pond Of Realms, up and going however. It's a lot like this one, except it's confusing and bloody so far… it's taking a while to get to the plot, even if it is only five pages in… I also have a spurratic alp comic that I randomly add five pages to every so often.