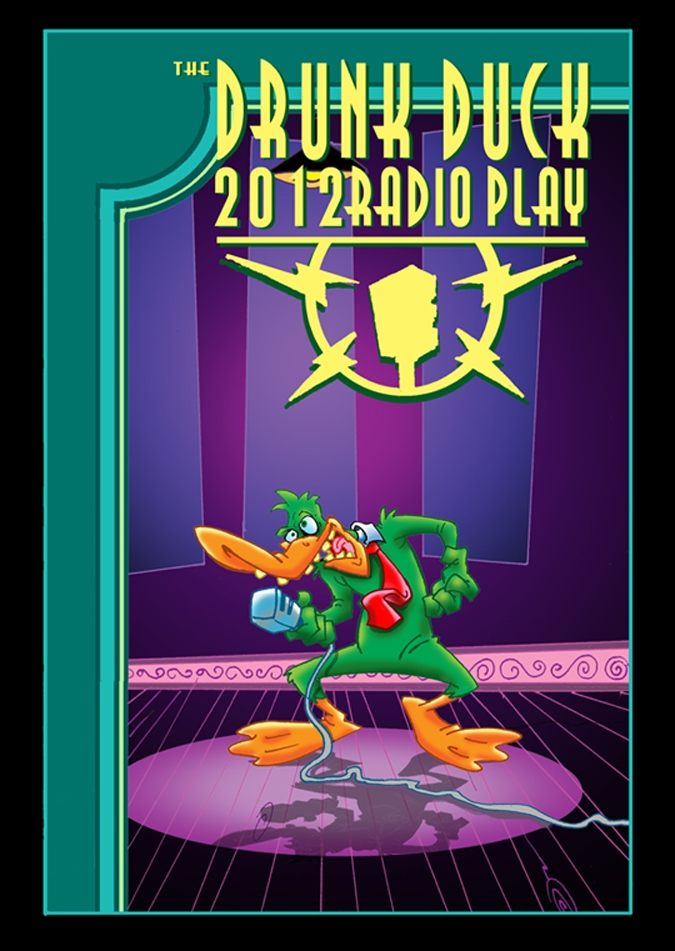 Those close to The Czarina noted that the C was displeased that there was No Cover for the comic that will become the AWESOME 2012 Drunk Duck Radio Play comic!

Incredible, right?  But once the leak was made, Sir Roy AND Sir Carl sprung to action.

This Magnificent cover is from Sir Roy. But being the -canny- fellow that he is, there's More: TWO fantastic back-ups!

Thanks, Roy. And folks, check out Saturday Morning - it'll totally satisfy that Hanna Barbera craving you get at the end of the week.

Thank you for your kind words.

Now that's the way ya do it!

woohoo! The backup is hilarious, too