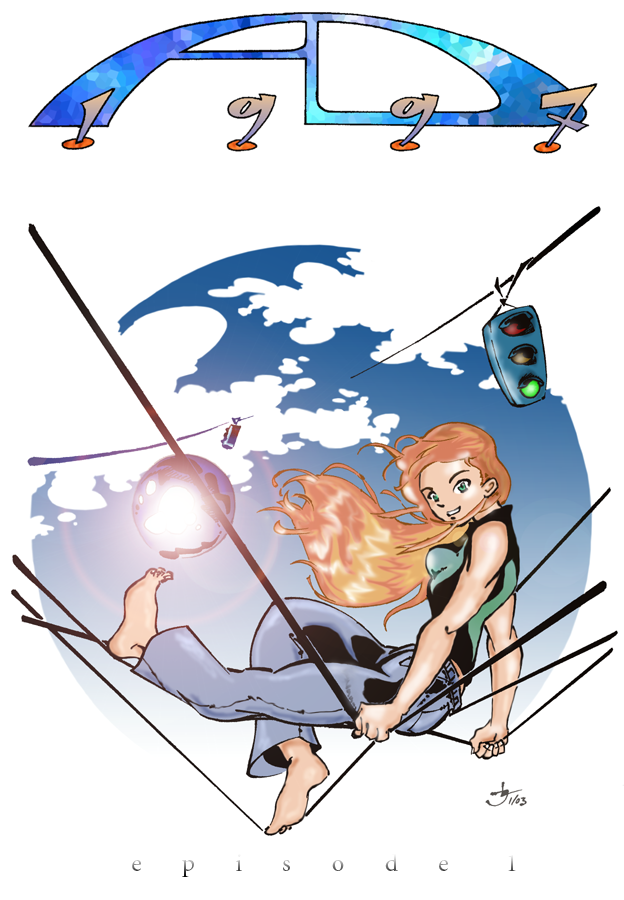 Originally drawn in January 2003 as a CD cover, later used as the first episode cover. With nothing but Naomi and her element - air -, as well as the black orb which is the pilot episodes' narrative driving force, I thought this would make for an iconic and fitting introductory image. Slight coloring alterations done in 2006.

That is a VERY cool pic

woo well i guess you have a whole lot of time or something?