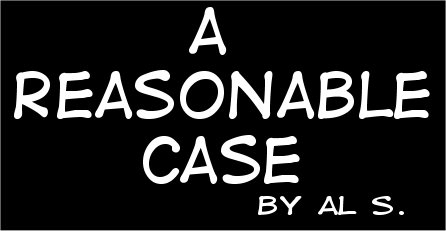 Continuing a look at the origin of reality…largely inspired and derived from George F.R. Ellis' brilliant brief book, BEFORE THE BEGINNING. He is NOT responsible, though, for the liberties I've taken with his logic or how I've chosen to illustrate it.

Well. I have to be careful not to overstay my welcome, and that's what I wanted to say. DO check out the aforementioned book written by an eminent cosmologist who has cowritten with Hawking–one of the most brilliant I've ever encountered, and as you may have noticed–I read a LOT.
I appreciate all of you reading. In the wake of 9-11, the Charlie Haddo murders, beheadings in the name of an Islamic State, the pedophile scandal in the Catholic Church, it's easy to think that all religion is wrongheaded, and I can scarcely fault thinkers like Richard Dawkins or the late, lamented Christopher Hitchens in drawing that conclusion.
But as you can see–for me, at least, such a conclusion would be intellectually dishonest.
I thought about doing one more strip of misconceptions aimed by religion's critics at believers, but I didn't want to end it on such a note. I WILL note one or two misconceptions here through.
Believers turn to religion out of fear of death. Such an idea speaks very poorly of people's knowledge about religion. Jesus Himself debated with the Sadduccees–the “higher class” religious belief among the Jews of his day, often including the High Priest–who did NOT believe in an afterlife, yet were devoutly religious. The Pharisees were a little more middle-class.
Besides, most ancient religions had absolutely dismal afterlifes–certainly not worth hoping to gain. Homer had the ghost of Achilles say he would rather be a living slave than king among ghosts, reflecting the hopelessness of the afterworld the Greeks believed in–yet they were very religious. The early Jews had a similar belief, a dismal afterlife in Sheol–yet they were devoutly religious. No, sceptics must look elsewhere to “explain” the religious impulse.
I used to have an imaginary friend, but I outgrew him. Not so the religious. The obvious counter is that if you instead believe in a multiverse, full of unobserved and theoretically unobservable alternate universes to explain the anthropic coincidences in our own…then the choice is between one possibly “imaginary” Friend–as opposed to trillions of (possibly)“imaginary” lands, trillions of Narnias, Ozes, and Wonderlands–all similarly unevidenced—to explain the world we see.
I hate to rate degrees of irrationality, but of the two, I think sticking with the Friend might be less irrational.
Your mileage may vary.
This is not to insult the honest sceptic. I just want to make sure they've considered every aspect of what they may be rejecting–and hope to give them food for thought.
I obviously have my own ideas about religion, but I'd rather make a general case for Design here, since many of my conclusions on a specific religion has to do with historical records as well as logic, and others have done so much better than I.
I've enjoyed all your comments and criticisms, and hope you will recommend this stirp to anyone with intellectual curiosity and who might be searching for the truth, either spiritually or scientically.
Anyone wishing to can write me at alschroeder3@comcast.net.
Thanks again for your reading.

You may want to check out We are the duck as this comic is getting a review.

And we won for best COMPLETED comic, also! Thanks to EVERYONE who voted.

Annnd we WON, for the second year in a row, the best Philosophical/Political comic! Thanks for everyone who voted!

Not only was this nominated for Best Completed Comic, but nominated again for best Philosophical/Political Comic, which we won last year! Thanks again!

Wow. Thanks for everyone who nominated this!

This comic has been nominated for an award. Come by the awards to check it out.

Slig: that's a fair answer, and an honest one. I appreciate you giving the material a try!

Howdi. I started reading this when you were featured, and now I have finished. You rise some interesting questions, and I think you present them in a not too slanted manner. Well done! (There are so many too-preachy presentations of this material) However, I do not agree with your conclusion. I think the only honest answer to these questions is "We don't know." Humans don't like that answer, so we gravitate towards answers that each of us finds most convincing. In the end, I think each persons chosen answer says more about themself than about the universe. You have made clear which answers you prefer. Personally I prefer the "lottery winner" answer. I think there are infinitely many universes with different laws, and this one just happen to support intelligent life, which is why we are sitting here discussing this. Winning the lottery is very difficult, yet somebody always does. I leave it to the shrinks to say what your answers says about you and mine about me.

Congrats on the well deserved feature, Al! Not only is it a well done, illustrated discourse, but I really like art style here. It's still very much your style, but it's a bit more cartoony than your MM and Crossover art and the images really pop.

Congrats are in order....well done.

congrats on the feature. will read when i'm not at work :)

You've certainly shown that 'believing' is a viable intellectual stance! I doubt this would convince a full atheist who's already considered a lot of these argument, but it might be enough to sway anyone who's 'on the fence'! I'd already pondered most of what you brought out here, but there were plenty of new ways to look at it (and a few surprises I never considered). That it was done in such an engaging, often humorous, style made it all the better. A wonderful web comic dissertation!!

As someone who has to repeat the things you put on this strip in a frequent basis, I thank you for making the case. I may link it in the next Ask Spiritism (my tumblr - long story), since I keep getting asked if the fact that Spiritism has a religious streak detract it from its reasonable doctrine. As if you can't have both together. // Other thing that I think that deserves attention is the very concept of what a religion is and what it is supposed to do. "Religion" and "external cult" are distinct things. Sure, they often come together, but the fact that people fail to see the difference account for lots of misconceptions about what it means to be religious.

Well, you made a reasonable case.I enjoyed reading it.