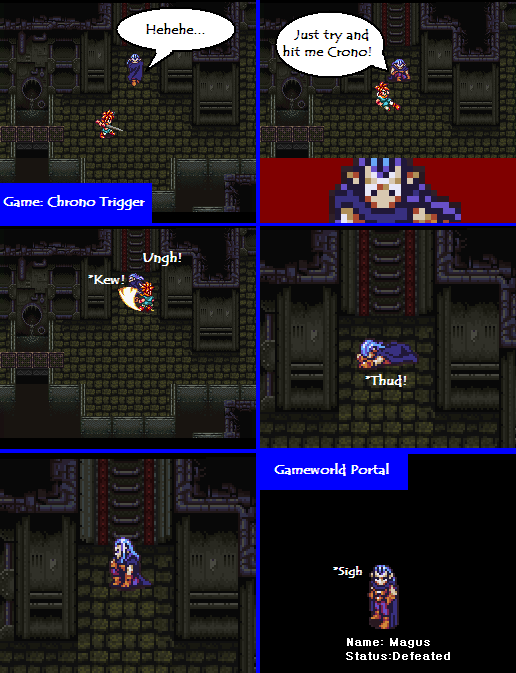 Well, this is the beginning. I promise that this comic won't be like other sprite comics. It's not going to have dumb recolors, drunk scientists or almighty authors. It's a rivalry between two groups for the common good of the world :P. Anyway for those of you that wanted me to do something hand-drawn (yeah, that probably wasn't many of you.) But in anycase, I LOVE to draw. Sure, it's harder, but I like the challenge and I enjoy when people appreciate my work. So in response, I'm going to make a comic retelling the story of Megaman 5 for the NES using my hand at art in MS Paint. Expect to see it up sometime in the near future. Until next time!

I have created Rockman 5, why don't you check it out?

Whoops, that was me.

Dumbass asked for it