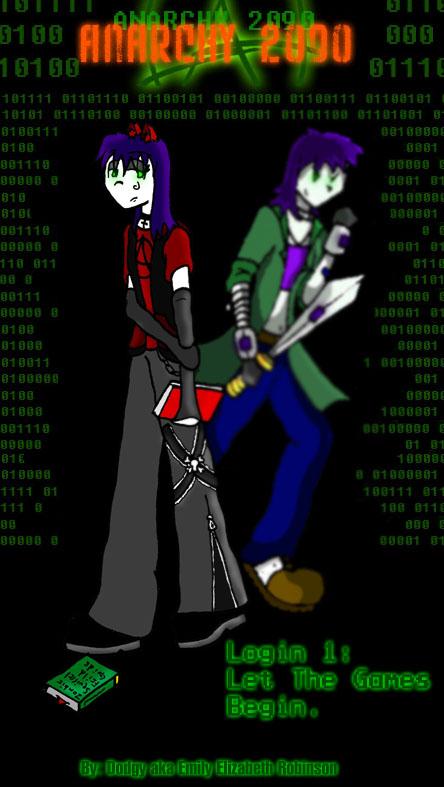 Drawn after the first book was finished in March 2006.
It has the old logo on it, so I'll probably replace it before I print it… actually I'll definately replace it. D:

Anarchy 2090 (formally known as Anarchy the Game) has a T+ rateing for violence and some bad language.

Like the soft focus for the guy in the background. Cool.