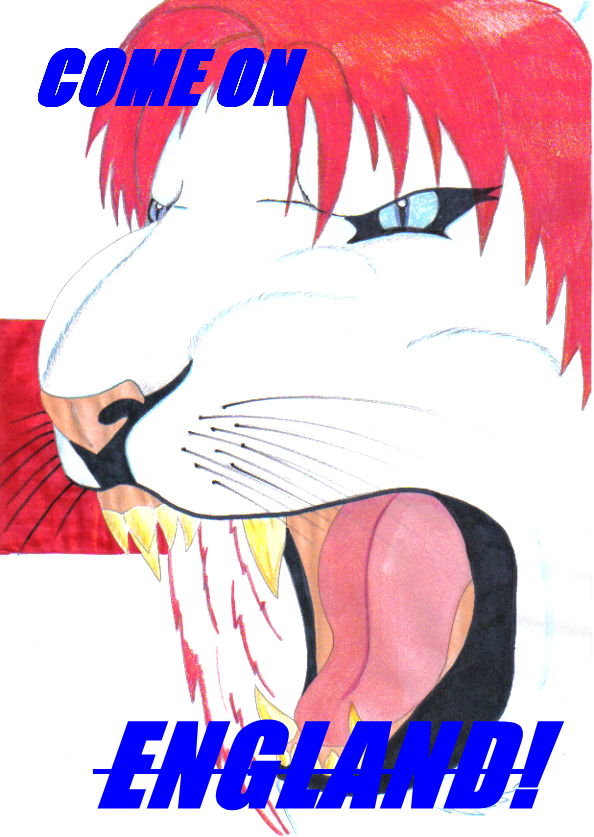 Hi there… First let me apologise again for the lack of updates and my neglecting drunk duck, I did truly intend to update this comic but it kept resulting in me sitting there watching TV or something with a pencil in my hand. It turned out it I had a block and life got in the way (many things have happened since the last update) for this comic so I drew a lot of stuff including a project for deviant art instead but now Iâ€™m back and I WILL be updating soon.

And yes Iâ€™m supporting England in her match against America during the World Cup. So what better way of showing this with a red and white lion (Iâ€™ve named him Albion by the way). :)

God I'm such a hypocrite. I haven't done anything to this comic for two years. I'll see what I can do soon. :/

Thanks Toshubi and Xatiav. It was a draw and I still can't beleive Green dropped the ball.

Its all good Kali. Glad to see you back and updating again.