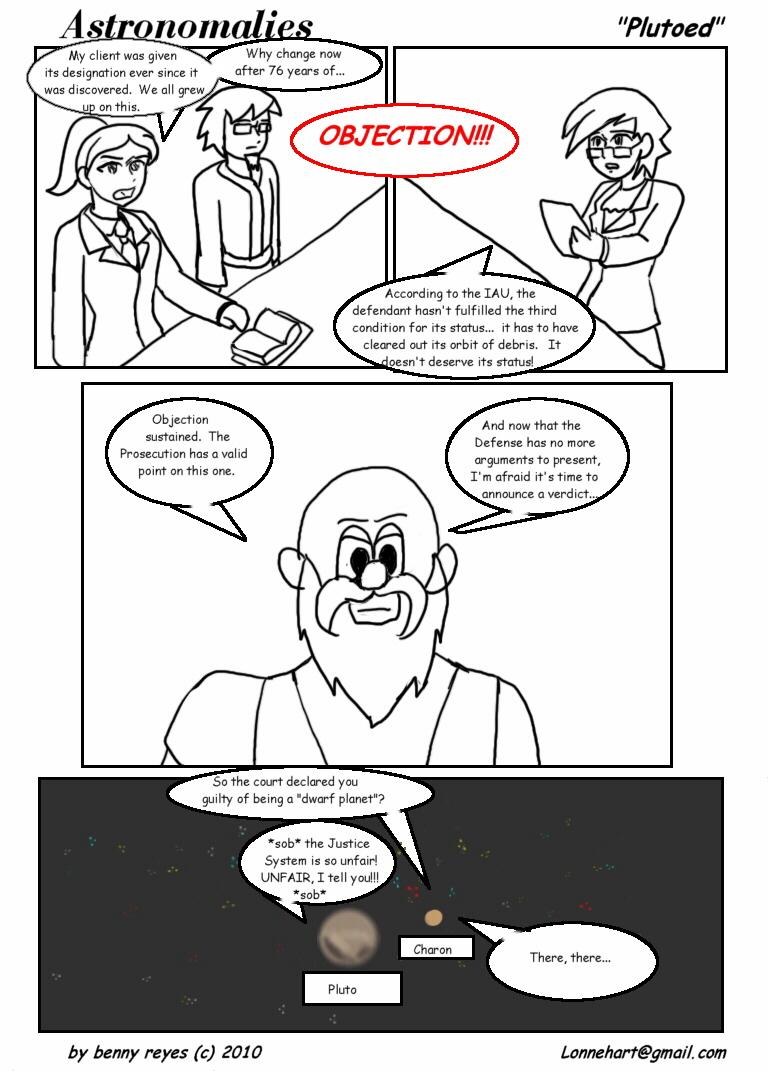 Thanks to the discovery of similar sized objects near Pluto's orbit, Pluto's status as a planet was questioned ever since 1976 or so. So the IAU (International Astronomical Union) made up three rules that define a planet.

1. It has to orbit the Sun.
2. It must be spherical in shape.
3. It has to have cleared the debris in its orbit.

Since Pluto doesn't follow rule number 3, it can't be a planet. According to the IAU, that is.

I'd have colored this more, but there's no time left. As for who's in this…

Characters from Gelotology, Seiko from Used Books, and Wheels from Magical Misfits. Have fun! :)

edit: fixed the dialogue on the first panel. :)

IIRC that ruling made the asteroid Ceres a dwarf planet as well as Sedna & I think 1 or 2 other recently discovered objects.

jeeze hes like the weird uncle someone leaves locked in the basement :D

Poor Pluto.. Remember planets, always clear up the debris in your orbit!!